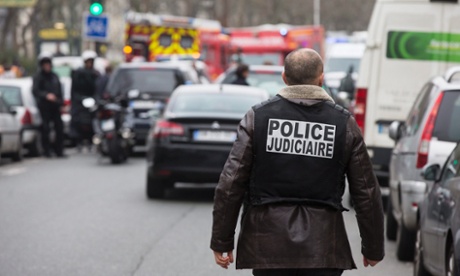 At least 12 people are dead after three hooded gunmen armed with Kalashnikovs attacked the headquarters of a French satirical magazine and opened fire on journalists and police guards.

The three men are on the run after walking into the offices of Charlie Hebdo in Paris’s 11th arrondissement at about midday on Wednesday and fleeing in a getaway car driven by a fourth.

Action on Armed Violence condemns this callous and brutal use of armed force against civilians and our thoughts go to the injured and the families of those impacted by this terrible tragedy.

Questions need to be asked, as events unfold, as to where those involved in the attack obtained their guns and how to prevent them from continuing their murderous spree.