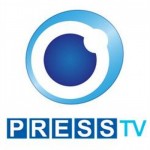 The original article can be found here.

“Israeli tanks have shelled an area in the northern Gaza Strip following a claim by the Israeli military that a rocket was fired from the Palestinian enclave toward Israel.

Israeli media had initially reported that Israeli warplanes carried out airstrikes against Gaza.

There were no immediate reports about the possible casualties and damage from the Israeli shelling.

The Israeli military claimed that the shelling was carried out a few hours after a rocket fired from the impoverished Palestinian coastal sliver hit an open field in Sha’ar HaNegev. No injuries or damages were reported from the alleged Palestinian rocket fire.

A newly released study showed that the use of explosive artillery by Israeli forces in the 2014 war on Gaza increased by over 530 percent compared to the Israeli regime’s military offensive on the coastal enclave six years earlier.

The report, released by the British NGO Action on Armed Violence (AOAV) on March 31, showed that Israeli forces increased their firing of high explosive artillery by 533 percent during the war on Gaza in 2014 compared to the military aggression in 2008-2009.

The NGO said the use of artillery shelling “in and near populated areas puts civilians at grave risk of death and injury,” as these explosive weapons, which fire numerous rounds of “heavy, unguided shells” lack accuracy.

According to the study’s findings, the Israeli forces fired 34,000 unguided shells into Gaza last year, which is more than the shells fired in any Israeli operation since the 2006 war on Lebanon, when it fired off 170,000 shells.

The report also showed that Israeli forces dramatically shortened the safety distance that regulates how close artillery shells could land to residential homes from 300 meters to 100 meters, putting Palestinians at greater risk as the estimated “casualty-producing radius of a 155mm artillery shell is close to 300 meters.”

Israel started its latest war on the Gaza Strip in early July last year. The offensive ended on August 26, 2014 with a truce that took effect after indirect negotiations in the Egyptian capital, Cairo.