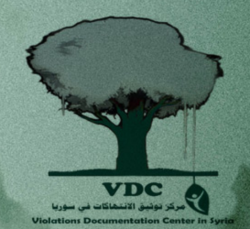 The VDC has been monitoring human rights violations in Syria since April 2011. Its mandate is to “monitor and document all crimes and violations against human rights in Syria, and attempt to protect and enhance these rights in the culture of the Syrians.”

The group documents deaths, including names where possible, detainees, those who are missing and those who are kidnapped. It terms those who are killed by government forces as “Syrian martyrs,” but also records regime casualties. Statistics are published on a weekly, monthly and yearly basis, with total figures and graphs available on the website.

The database, while not downloadable, is searchable in a number of fields, including “cause of death.” One of the data fields defined as a cause of death is “explosion” which includes deaths caused by IEDs. However, “explosion” does not necessarily mean an IED was the cause of death, for example one “explosion” death is provided as being caused by “the explosion of a cluster bomb from an earlier shelling.” 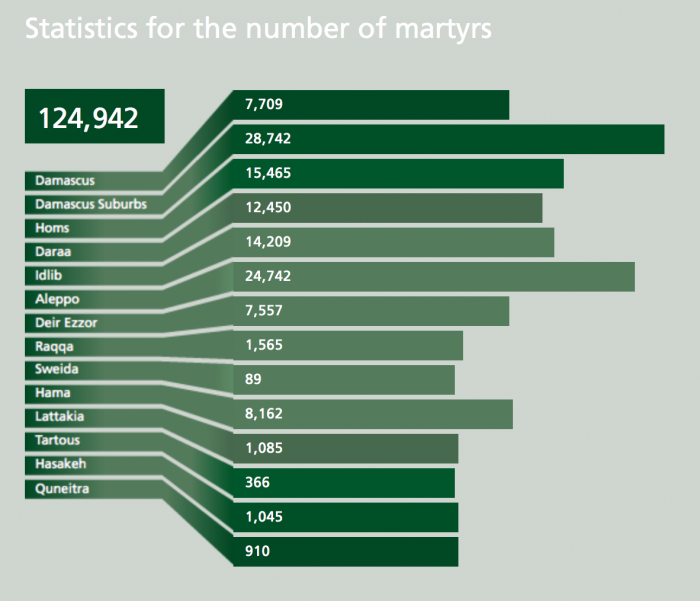 The Center has more than 30 activists in several Syrian cities and regions, and a team of coordinators who live both inside and outside Syria. Those activists inside Syria gather and document information on human rights violations. They also depend on “reliable sources like field hospitals, cemeteries, casualties’ families and some of the media centers.”40 Initial information is collected the day of, or in the days following, an incident.

In the days, weeks, and months after, lists of those who were killed are sent to the field activists to ensure that there are no errors and that as much information as possible is contained in each record.

The data is not broken down specifically enough to determine the number of deaths caused by IEDs in Syria. While such information is contained in the notes of each record, it is not easily searchable. AOAV has previously used data from the Center in an analysis of the gender of those killed by explosive weapons in Syria.