The Homicide Monitor, produced by Brazilian-NGO the Igarape Institute, is the most comprehensive publicly-available dataset on murder in the world. It shows that 437,000 people are killed globally each year.

Based on national-level data on lethal violence collected by the United Nations Office for Drugs and Crime (UNODC), the Homicde Monitor focuses specifically on violence in Latin America and the Caribbean. These 40 countries and territories amount to the most murderous continent on earth. Roughly 33% of the world’s homicides occur in Latin America and the Caribbean, which is home to just 8% of the global population.

Fourteen of the 20 most deadly countries in the world are located in Latin America and the Caribbean. Globally, there is an average of 6.2 murders per 100,000 people. In Honduras in 2013 (the last year of full data), that toll is a staggering 41.5.

Other Killer Facts from the Homicide Monitor include: 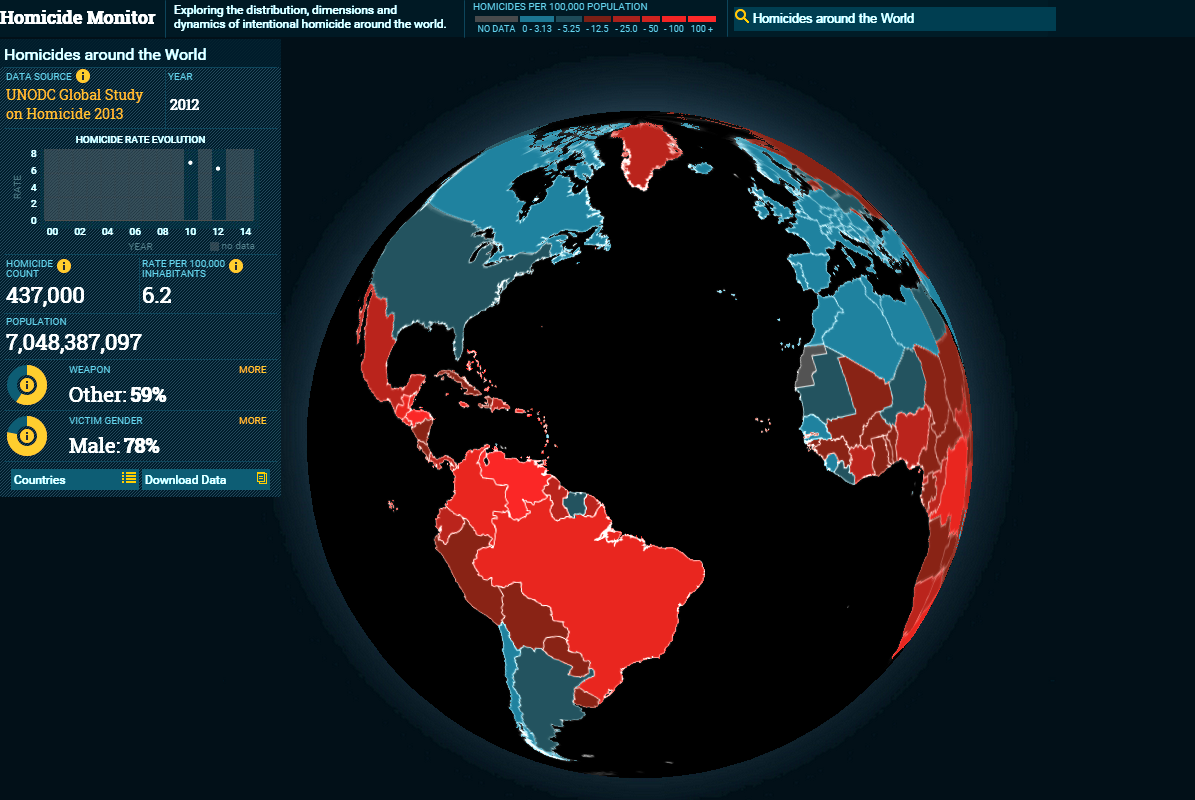 While most of the most deadly cities on the planet are found in Latin America and the Caribbean, some of these places are seeing rapid declines in their murder rates. Rio di Janeiro for example has seen a 66% drop between 2002 and 2012. Improved living standards, better education and more effective policing are among the factors driving improved safety standards in these cities.

It is a rare ray of light in an otherwise very dark insight into global patterns of violence and insecurity. The achievements in safety in Brazil in the last decade stand at risk of reversal, as a result of plummeting national funding.

“In Brazil there is no national homicide strategy,” says Robert Muggah, founder of the Igarape Institute. “Which is not what you would expect considering 56,000 people are dying violently every year [there]. It is a disproportionately modest response to an enormous problem.”

AOAV welcomes the innovation of the Homicide Monitor, and is encouraged by its effort to bring to global attention the scale and distribution of deadly violence. AOAV has long believed that measuring and monitoring armed violence is essential to shape effective policy responses and to identify and fulfill the rights of victims of armed violence.

To view the Homicide Monitor go to http://homicide.igarape.org.br/

To read AOAV’s report on states’ capacities to address armed violence in Latin America and the Caribbean, go here