April saw 2,917 casualties of explosive violence, 83% of whom were civilians. For the second month running, Yemen was the most affected country, with almost 1,000 civilian deaths and injuries.

The April update can be downloaded here: 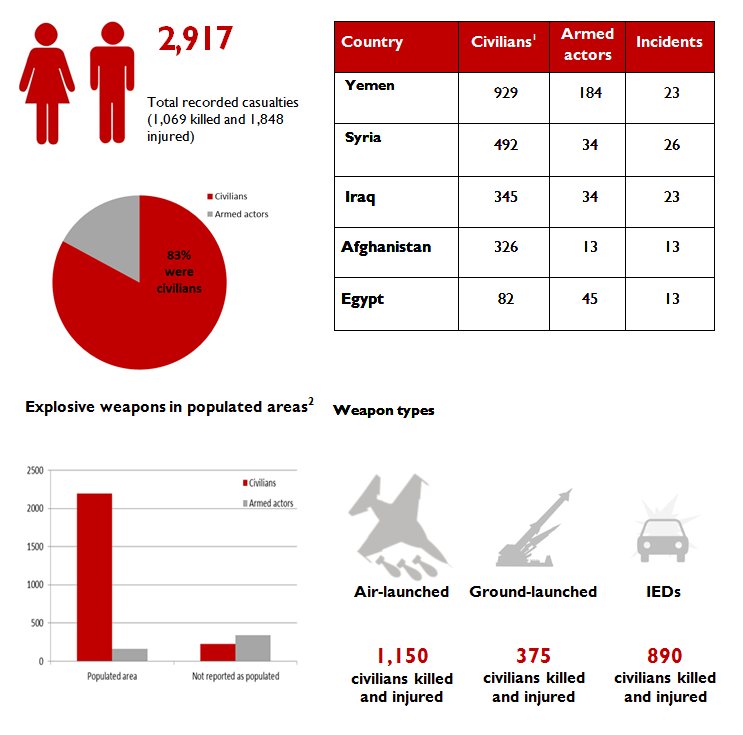 The expansion of ‘Operation Desert Storm’, a campaign of aerial bombing led by Saudi Arabia, meant Yemen was the country with the most civilian casualties from explosive violence for the second month running.

The worst single incident recorded by AOAV came on 20 April. At least 25 civilians died and almost 400 were injured by an airstrike targeted at the Faj Attan missile base in the centre of the capital city Sana’a.3 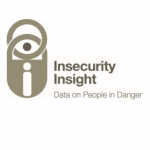 On 20 April, four UNICEF workers were killed and five injured when a bomb exploded in their minivan in Garowe, North Puntland. Two Somali security personnel died.

The bomb was placed under a seat in the UN vehicle that picked up the workers in the morning and was detonated by remote control. Al Shabab claimed responsibility. Two of the dead worked on polio eradication, one on education and one in general administration.

According to UNOCHA, such attacks have serious consequences for the agency’s ability to reach people. However, it is unclear from the available information if or to what extent the polio campaign was halted following the attack. 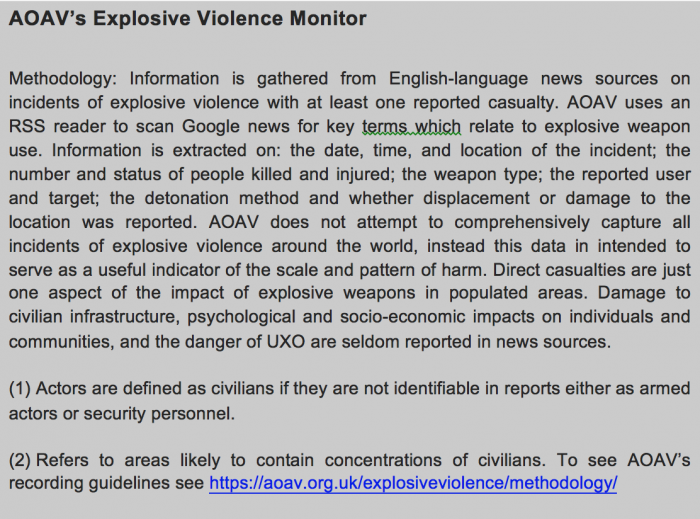