March saw 3,135 casualties of explosive violence worldwide. 78% of these were civilians (2,436 civilian deaths and injuries).

Read and download the full report: Explosive violence in March 2015 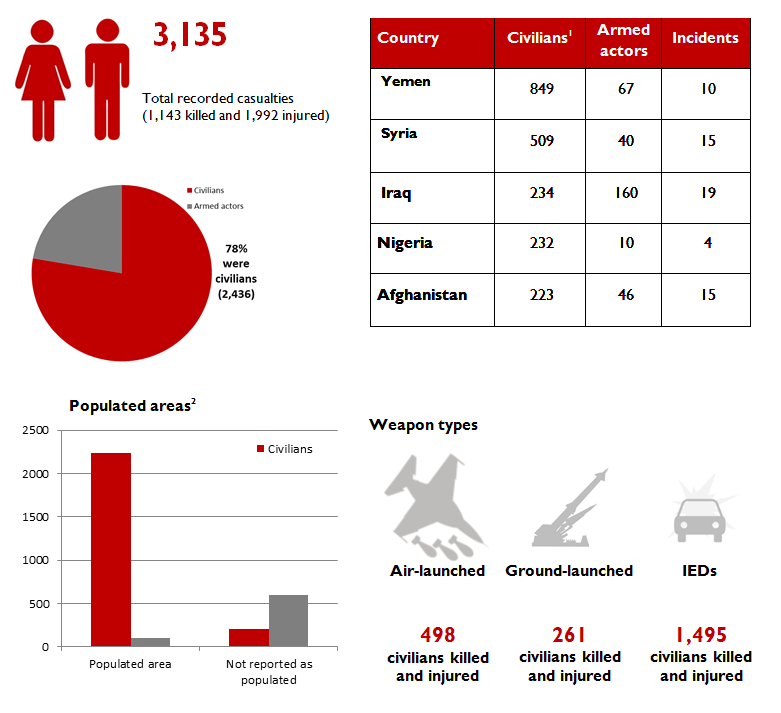 AOAV recorded a total of 849 deaths and injuries from explosive weapon use in Yemen in March 2014, 93% of whom were civilians. Half of the civilian casualties in Yemen this month were recorded in one attack- the Sana’a mosque bombings on 20 March 2015.

At least 137 people were killed and over 345 injured when four suicide bombers attacked two separate Shia Houthi mosques in the Yemen capital city. It was one of the deadliest bombing attacks ever recorded by AOAV, and marked a dramatic escalation in explosive violence in Yemen.

After the President fled the violence in the capital, an international coalition led by Saudi Arabia began an airstrike campaign of air strikes in Yemen. AOAV has recorded 293 civilian casualties from four air strikes, the worst of which came on 30 March when dozens of displaced people were killed when the al Mazraq camp was bombed. AOAV urges coalition forces not to use explosive weapons with wide-area effects in populated areas of Yemen. 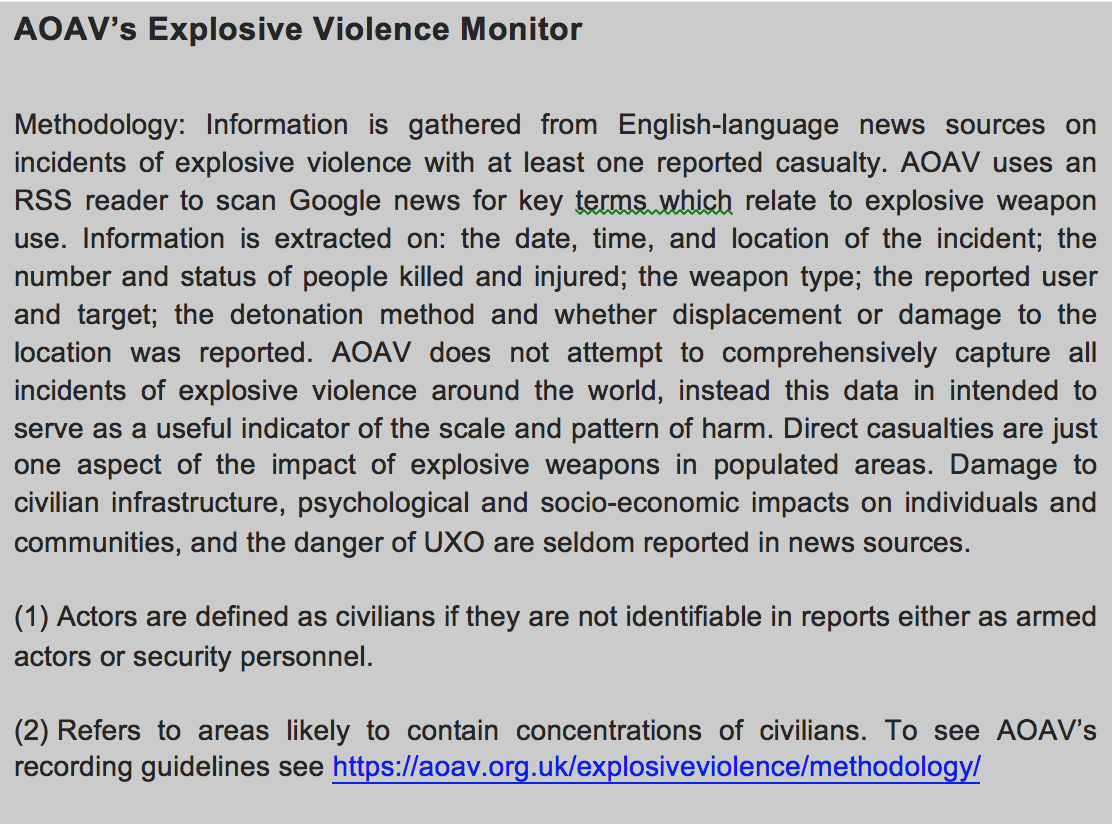