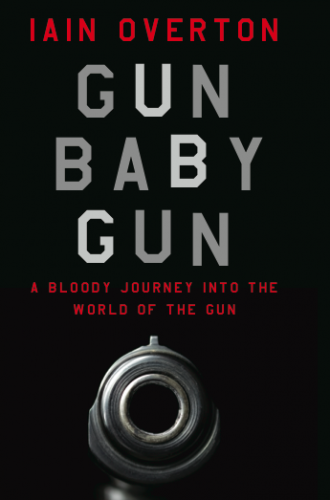 Published by Canongate in April 2015

Action on Armed Violence’s Director of Policy and Investigations, Iain Overton, spent much of 2014 writing a book about the culture and impact of guns around the world.

The book, called Gun Baby Gun, is a provocative insight into the world of the gun.

Due out in April of this year, it is featuring on this year’s list of ‘must-reads’,  with the Guardian featuring Gun Baby Gun on their ‘essential literary calendar’ for that month, alongside books by Naom Chomsky and Peter Akroyd.

It goes on. “There are almost one billion guns across the globe today – more than ever before. There are 12 billion bullets produced every year – almost two bullets for every person on this earth. And as many as 500,000 people are killed by them ever year worldwide. The gun’s impact is long-reaching and often hidden. And it doesn’t just involve the dead, the wounded, the suicidal and the mourning. It involves us all. The pain caused by a gunshot does not end with the pulling of the trigger. That is just the beginning.”

Gun Baby Gun can be pre-ordered via Amazon and Iain Overton can be contacted for comment here.