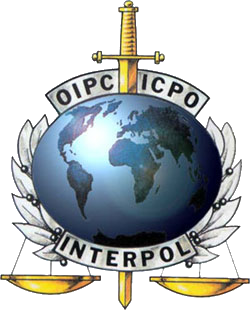 Broadly, Interpol provides the police with access to tools and services to best do their jobs, to understand trends, analyse information, conduct operations and be able to arrest as many criminals as possible. It is a neutral organisation, and aims to bring police together even though their respective countries may not have good diplomatic relations.

One of Interpol’s priorities is the prevention of terrorism using CBRNE (chemical, biological, radiological, nuclear and explosive) materials. As such, it “supports the efforts of member countries to deter, detect and disrupt the use of chemicals in terrorist incidents.” An important aspect of this is in sharing and analysing information between member states. Interpol does this by collecting and sharing information on attacks involving chemicals and explosives, and analysing the use of such materials by terrorist groups. The organisation then analyses such information, producing reports at the request of member states or international organisations, and producing the Interpol CBRNE Monthly Digest.

Interpol also provides training courses to build capacity to identify, interdict and investigate the illicit diversion of chemicals. Courses improve member state’s ability to secure their own borders, as well as cooperating with neighbouring countries to prevent the smuggling of materials across borders.

One of the most important programmes run through Interpol is the Interpol Chase Programme: a “global effort to counter the international smuggling of chemicals used to manufacture chemical and explosive devices.” The Programme, focusing on precursor materials often used to make IEDs, recognises the importance of not just police in preventing such materials crossing borders. It aims to increase the capacity of not only the police, but customs, border forces, immigration and security agencies, and enables them to work collaboratively. Included in the Chase Programme is means through which organisations can expand their information exchange networks. The Programme also coordinates field operations, providing practical support with databases, tools and services.

An example of Chase Programme training occurred in Cambodia from 28 September to 2 October this year. The five day course focused on the movement of chemical and explosive materials, linking this movement with individuals between conflict zones. The course brought together representatives from countries including Cambodia, Myanmar and Vietnam, and aimed to increase law enforcement capacity to target the illegal movement of materials which could be used to construct IEDs. It increased the participants’ awareness of precursors, as well as increasing their knowledge of how IEDs are made, and how to use personal protective equipment.

A further example of the breadth of Interpol’s work is the Chemical and Explosive Countermeasures Programme. This programme is aimed at law enforcement authorities, government bodies and chemical industry partners. The programme encourages direct engagement with all sections of the chemical industry in order to try to prevent the commission of an attack by being able to detect criminals and terrorists seeking to obtain chemical materials, and stopping them at an early stage. It is an example of the recognition that the chemical and fertiliser industry can play a pivotal role in preventing the distribution of such materials, and the commission of IED attacks.

One of the key aspects of Interpol’s counter-IED work is its highly collaborative nature. As well as encouraging member states to share information, Interpol itself cooperates with a number of international organisations. Such organisations include Europol, the World Customs Organisation, EU CBRN Centres of Excellence, and UN agencies including the UN Office for Disarmament Affairs and the UN Interregional Crime and Justice Research Institute.