This article is by Michael Spagat is a Head of the Economics Department at Royal Holloway College, University of London.

I teach more than one hundred students every year but will bet my house that a student taller than 7’6’’ will never walk into my classroom. This is because human heights conform well to a “normal” distribution, or “bell curve,” rendering large deviations from average heights exceedingly rare. 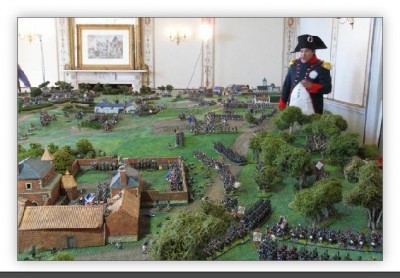 Is the impact of war getting smaller over time?

The historical distribution of war sizes, measured in terms of number of deaths as a proportion of the world population, is very different, better fitting a “power-law” distribution rather than a bell curve. Under power laws small events are much more common than large ones but event frequency does not decrease with event size as fast as people used to dealing with bell curves tend to expect. Thus, when we draw at random from a power law distribution extreme observations are still rare, but not as exceedingly rare as they are with a bell curve.

If, contrary to reality, human heights fit a power law, then once in my career an 8-foot-tall student might well walk into my classroom. This would be an extraordinary event I would share with my grandchildren yet it would be a legitimate possibility.

Here’s a more alarming thought. Suppose the sizes of future wars are drawn randomly from the historical size distribution of past wars. Then there is a non-negligible chance that I will see a war with 10 million or more deaths before I die (I’m 53). This is the interesting insight of a new paper by Pasquale Cirillo and Nassim Taleb.

The authors—and some journalists—appear to believe, that this new paper is a fundamental challenge to The Better Angels of our Nature, Steven Pinker’s extraordinary 2011 book. It is not.

Pinker focuses mostly on describing and understanding the long history of human violence rather than on predicting its future. He finds declines in violence ranging across a dizzying array of human beastliness, from slavery and torture to war and homicide. One can certainly quibble about the specifics—historical data going back several thousand years are necessarily sketchy and inaccurate—yet I find Pinker’s characterization of the general trends to be quite convincing. There is still more scope for debate over Pinker’s explanations for why violence has declined—including the growth of professional law enforcement, commerce, reason and empathy—but these sections of the book serve as a great start to an interesting discussion rather than as the end of this discussion.

To be sure, much of the interest in Pinker’s book derives from the sense that he does predict low and declining violence over the foreseeable future. Pinker is cautious about prediction, but he is optimistic about the continuation of the positive trends he has identified—with reason, as we will see below.

Cirillo and Taleb assemble (with assistance) and examine 2,000 years of data on big wars, and the new dataset appears to be a nice contribution to the conflict field even though it will necessarily be flawed and incomplete. It is quite a challenge to compile high-quality data on contemporary wars, let alone on ancient ones, and this new data initiative is welcome.

In the process, they normalize war size by contemporaneous world population. Thus, for example, some ancient wars can still be classified as a huge despite accounting for far fewer people killed than was the case in, for example, World War I. In my view this is an appropriate procedure that is consistent with Pinker’s approach.

A tantalizing fact that emerges from the authors’ analysis of their 2000-year historical dataset is that wars on the scale of 10 million violent deaths, relative to the current world population, have occurred at roughly 100-year intervals on average. This observation encapsulates the gist of Cirillo and Taleb’s contribution to the debate: They note that only 70 years have elapsed since the end of World War II, which means, they argue, it is far too early to declare the age of 10-million plus wars behind us.

What does their point have to do with bell curves versus power laws? With bell curves you are essentially free to ignore extreme events with impunity. With power laws you do not have this luxury: extreme events are rare—but not so rare that you can just dismiss them. Indeed, power laws seem almost devilishly optimized to prey on human frailties. They can lull you into complacency with years of boring nothingness and then suddenly rear up to bite you with an extreme event just when you’ve slipped into believing that such surprises are almost impossible. Cirillo and Taleb would not be surprised if we are now sliding into exactly such a psychological trap over huge wars.

Here’s another key point. Suppose that in 1945 we switched from a world in which 10 million-plus wars happen every 100 years on average to one in which they occur only every 500 years on average. How would we know this has happened? One answer is that if we restrict ourselves to considering only data on the timing and sizes of wars then it will take hundreds of years to accumulate enough data to identify this shift.

Cirillo and Taleb seem to view this observation—that Pinker cannot know if such a downward shift in the risk of war has occurred­—as their winning argument against him. I disagree, mainly due to two interlocking points that place the authors dangerously close to assuming their conclusion. (See also the comments of Andrew Gelman here, and Jay Ulfelder and David Roodman.)

First, Cirillo and Taleb assume there is a single war-generated process that has remained stable for 2,000 years and has, in particular, generated all the big-war data that they collect in their paper. As an economist, I’m well conditioned to analysis that begins with heroic assumptions but I have to say that this is a notably bold starting point. The last two millennia include (not even scratching the surface) the Roman tortoise and wedge formations, Mongolian horse warriors, Swiss pikemen, ironclad warships, trench warfare, nuclear attacks and suicide attacks. That is, there is an awful lot of diversity to be hammered into a single process.

Second, the only channel that Cirillo and Taleb implicitly empower to potentially knock their war-generating mechanism off its pedestal is the accumulation of historical data on war sizes and timings. Since they focus on extreme wars, however, it will take a very long time before it is even possible for enough evidence to accumulate to seriously challenge their assumption of an unchanging war-generating mechanism.

In short, the authors declare that the risk of huge wars hasn’t really changed over two millennia of war and that they will stick with this belief until enough of a one particular type of slowly accumulating evidence appears to refute it. This stance may be fine for them but other people will wish to incorporate other evidence into their judgments of the risks we face.

Indeed, Pinker does offer additional evidence—including the spread of democracy, international trade, international organizations and the human rights protections for women, children, homosexuals and various minority groups—which suggests that recent downward trends in human violence will not suffer dramatic reversals. It is far-fetched in the extreme to imagine that Europe, with its centuries-long history of bloody wars, is now capable of descending into another World War I or World War II. I am happy making this judgment without a further 100 years of European history. I am similarly confident that the US has moved on to the point where another huge war over slavery is out of the question.

The point is that the long history of war sizes and their timings is only one among many legitimate forms of evidence relevant to understanding likely future patterns of human violence.

Of course, none of the historical developments chronicled by Steven Pinker in his book rule out the possibility of a massive war or terrorist attack as Pinker is well aware; Cirillo and Taleb are correct that, ultimately, only time will tell. They have done a very nice job of quantifying this point and can now peacefully coexist with Pinker.

Michael Spagat is a Head of the Economics Department at Royal Holloway College, University of London. He gained his Ph.D. at Harvard University and earlier held faculty posts at Brown University and the University of Illinois. Spagat’s published papers on armed conflict have been published in Nature, the New England Journal of Medicine, the Journal of Peace Research, the Journal of Conflict Resolution and PLoS Medicine among other places. His current research addresses universal patterns in modern war, the Dirty War Index civilian casualties in the Iraq conflict and problems in the measurement of war deaths. For more information see his personal page.