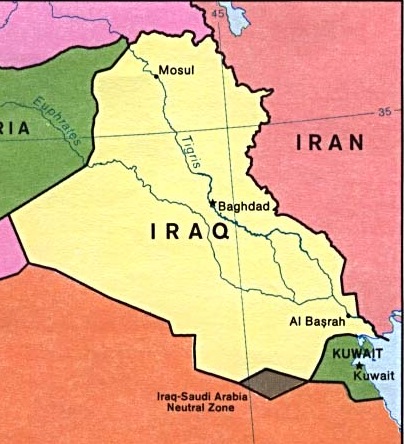 Today’s bombing is the first ISIS attack to take place in Kuwait.

The first suicide attack to take place in Kuwait in nearly 30 years has reportedly killed 25 people today, in yet another escalation of violence caused by ISIS.

The attack, which took place in a mosque in Kuwait’s capital, reportedly injured a further 200 people. A suicide bomber detonated his explosives during Friday prayers at the Imam Sadiq Mosque in al-Sawaber when around 2,000 people were praying. Pictures and videos on Twitter show the devastation caused by the attack, with rubble and dust filling the air, and what appeared to be a number of bodies lying on the ground.

ISIS has taken responsibility for the attack via social media, saying that they had targeted a “temple of the rejectionists,” a term used by the group to refer to Shia Muslims.

Today’s attack is the first such attack to take place in Kuwait, and could show a further spread of ISIS, which has targeted Saudi Arabia and Yemen in recent weeks. Saad al-Aimi, Kuwait’s former Information minister said that the attack shows that no country is “immune from terrorism,” stating that those responsible want to “tip the whole region ablaze in a sectarian war.”

The attack comes less than two weeks after Boko Haram who pledged allegiance to ISIS in March this year, killed 23 people in the first suicide bombing in Chad. These bombings, combined with the attacks in Yemen and Saudi Arabia show a worrying pattern of cross-border violence and yet another development in the use of this extremely destructive tactic.

From 2011 to 2014, AOAV recorded 7,322 civilian casualties of IED attacks at places of worship, such as mosques and churches. More civilians were killed and injured here than at any other location apart from markets, where 10,064 civilian casualties were caused by IEDs. Eighteen different countries have had an IED attack at a place of worship between 2011 and 2014. Attacks at places of worship have been especially dangerous for civilians, with an average of 34 civilians being killed and injured in each IED bombing.

In 2014, eight of the 25 IED attacks at places of worship were carried out by suicide attackers. Where this was the case, an average of 51 civilians were killed and injured in each incident.

AOAV condemns todays bombing in Kuwait. Attacks which deliberately target civilians, or are indiscriminate in their nature, are illegal. AOAV calls on states to do all in their power to undermine and restrict the availability of IED materials to prevent such future attacks, and urges all users of explosive weapons, including IEDs, to stop the use of such weapons in populated areas.