This is a overview of AOAV’s report, ‘Material Harm’. The full report can be read here. The first part, on IED basics, can be seen here. The section exploring homemade explosive materials is here. To read the section on military and commercial explosive materials go here. For the report’s conclusions and recommendations, see here. 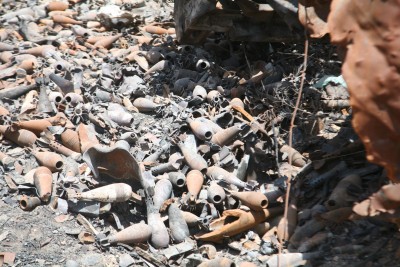 A pile of rusting UXO lies outside an abandoned stockpile outside Misrata, Libya, in March 2012 (Simon Conway/AOAV)

Improvised explosive devices (IEDs) killed and injured over 53,000 civilians from 2011 to 2013 in 66 countries and territories around the world. In a new report, ‘Material Harm: A review of IED components and measures to prevent their spread,’ Action on Armed Violence (AOAV) has examined the sources of the materials used to create these deadly weapons, and how the flow of such materials is being restricted globally.

The report details some of the key components used in creating IEDs, including commercially available materials and materials that can typically be found around the home or in farming environments.

AOAV tracks the development of bomb-making techniques, and how such developments have typically followed innovations in counter-IED strategies.

While the report acknowledges that restricting the flow of materials being used to make IEDs is challenging, principally due to the improvised nature of these weapons, AOAV details examples of good practice, such as secure storage of materials, and the importance of information sharing.

Some of the key findings in the report are:

Material Harm demonstrates the ease with which armed actors can gain access to the materials required to make these bombs, and the need for strong regulation to ensure that it is as difficult as possible for these materials to fall into the wrong hands. States, security personnel, the private sector, and commercial companies must increase efforts to control access to components of IEDs, including the transfer and trade of illicit materials.

Iain Overton, AOAV’s Executive Director said: “This report shows, clearly, how complex and concerning the prevention of IED use is for governments around the world. But understanding this problem more is a valuable step towards combating it. We believe this report does just that.”

He also spoke of the need to more fully regulate the transfer of materials: “AOAV’s report has shown the ease with which non-state armed actors can access materials needed to make IEDs when there is not strong enough regulation. The increasing civilian toll of IEDs should serve as a stark reminder to states that more must be done to regulate the movement of such materials, particularly across borders.” 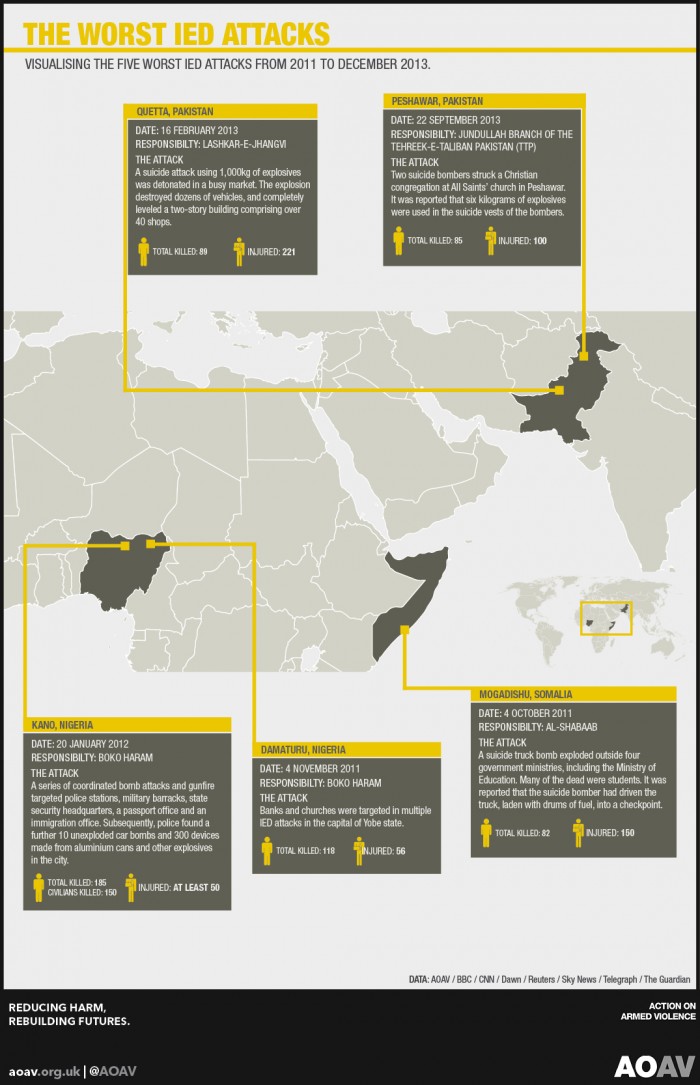