Since June 2014, AOAV and our local partners have implemented the Abunzubumwe (“Youth United”) project in two communes (districts) just outside of the Burundian capital, Bujumbura. This project, currently financed by the German Federal Foreign Office via the Institut für Auslandsbeziehungen (ifa), seeks to prevent youth involvement in violence through a holistic approach that addresses three primary causes of such activity: unemployment and poverty, intolerance of political difference, and psychological problems linked to trauma.

Last month, youth from AOAV’s Abunzubumwe project participated in a community social cohesion event in Gatumba, a small town about 15 minutes outside Bujumbura near the Congolese border that has historically been the site of violence. The event was attended by some 800 community members and was arranged in order to involve the friends, family members and fellow community residents of project participants to share in the issues and topics being discussed. After some local dancers performed to draw a large crowd, the event was introduced by AOAV’s partner, CEDAC, followed by words of welcome from local political leaders. Once the event got underway, youth from each Abunzubumwe group performed sketches and songs they had created to send messages promoting peace and overcoming political differences. 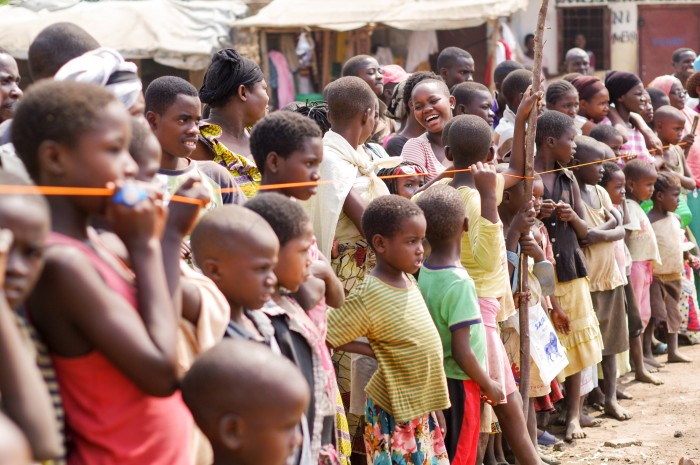 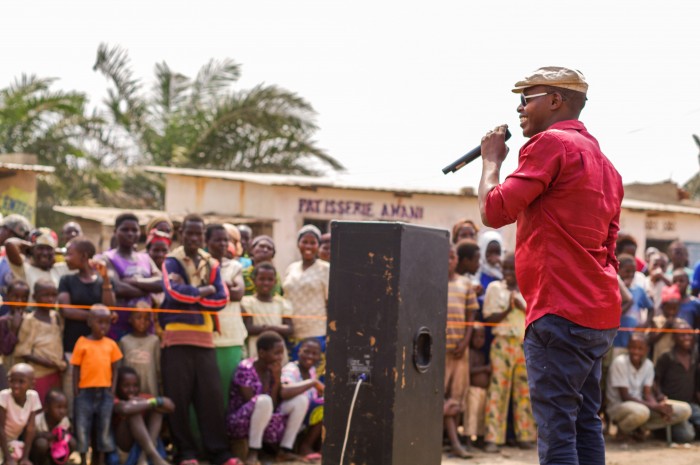 An MC introduces the event to the crowd

In this sketch created by beneficiaries, a traditional leader intervenes to plead with the quarreling youth to recognize their commonalities and work together for their country 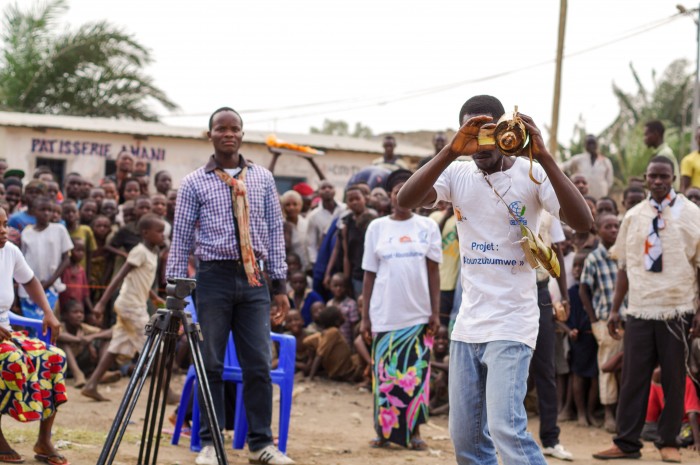 In this sketch, a TV journalist turns his [tree-stump] camera on the crowd as politicians in the background debate the issues dividing them 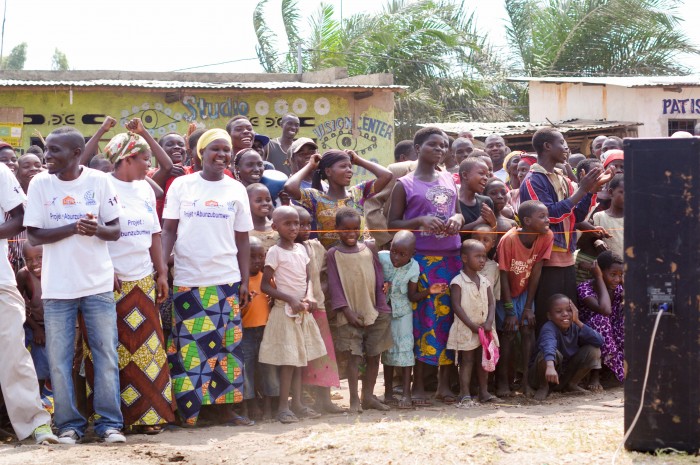 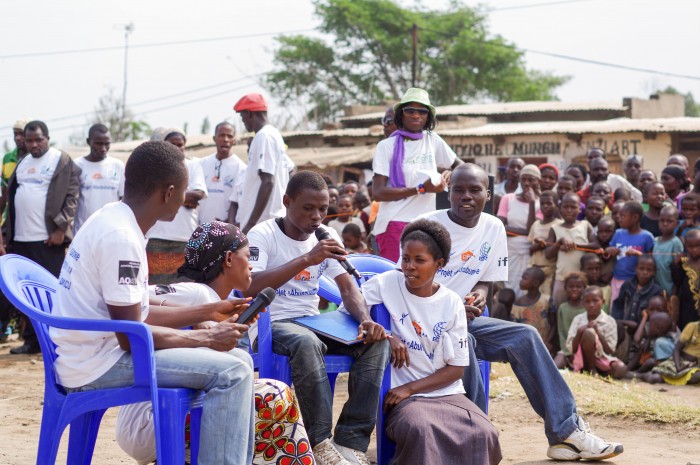