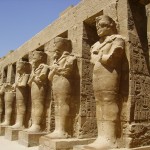 The Karnak temple is one of the oldest religious sites in the world.

Three suicide bombers have today attacked an ancient religious site in Egypt which is visited by millions of foreign and Egyptian tourists every year.

Two of the assailants were killed by police, with the third being killed as he detonated explosives. At the time of writing the casualties from this attack are still unclear, and may be set to rise, but at least four bystanders were injured in the attack.

The bombing, which targeted the ancient Karnak temple in the city of Luxor, is the first attack to target tourist attractions in the city since 1997, when nearly 60 people were killed in a shooting carried out by Islamic militants in the 3,400-year-old Hatshepsut Temple on the west bank of the Nile. The Karnak temple is the second largest ancient religious site in the world, and the second most visited historical site in Egypt.

The attack, while reportedly resulting in no civilian deaths, is the latest in a series of suicide bombings and IED attacks in Egypt, which has been prevalent particularly in the Sinai Peninsula since the 2013 military overthrow of Islamic President Mohammed Mursi.

Since 2013, the Suicide Attack Database has recorded 13 suicide attacks in Egypt, resulting in 464 civilian deaths and injuries. In 2014 AOAV recorded a total of 237 civilian casualties resulting from all explosive weapon use in the country, including the capital Cairo. The vast majority (179 casualties) were caused by IED attacks. Three of these attacks were suicide bombings. And in April of this year, AOAV recorded 82 civilian casualties of explosive weapons in Egypt, 58 of which were killed or injured in IED attacks. 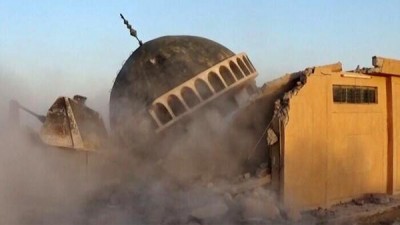 ISIS has destroyed numerous historic and religious sites and artefacts.

While suicide attacks themselves are not a new phenomenon in Egypt, their use to target an ancient tourist site is.

The militant group Islamic State has consistently targeted and destroyed historic sites in its offensive in the Middle East, most recently targeting the ancient city of Palmyra, home to a UNESCO World Heritage Site. In April, for the first time, AOAV recorded an IED attack in Egypt for which ISIS claimed responsibility,  although it should be noted that responsibility for the attack in Luxor has not been claimed.

AOAV condemns the attacks in Egypt. The use of explosive weapons to target civilians is illegal under international law, as is the deliberate destruction of religious sites. The use of suicide attacks in such a way in Egypt is a worrying development, and serves as yet more evidence that the international community needs to do more to stem the flow of explosives into the hands of militants and armed groups.