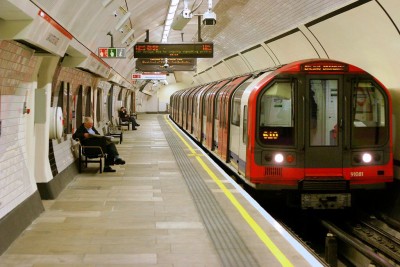 This week the Old Bailey heard for the first time the details of a planned attack which, if successfully carried out, could have caused ‘multiple fatalities’ across London. The plan – inspired by ISIS – was allegedly the brainchild of a married couple from Reading, who managed to acquire enough material to produce effective explosives and were only ‘days away’ from carrying out an attack. As has become something of a theme with attempted martyrdom, however, the plot was foiled by incompetence – in this case the would-be bomber making a series of indiscrete tweets asking his followers for advice on his choice of target. The trial is still ongoing.

This is not the first time that a would-be suicide bomber has gone on trial in the UK. Whilst it may seem counterintuitive because of the nature of suicide bombings, far more plans end up in court than in fatal explosion. AOAV has written before about failed suicide bombings and the difficulty of building and deploying a bomb powerful enough and precise enough to have the desired effect.

Britain has had its fair share of failed bombings – there was the Glasgow/London bomb plot of 2007 and the 2008 Devon nail bomb attack, which resulted in the death of only the attempted bomber and nobody else (in the first case) and injuries only to the bomber (in the second case). Bilal Abdullah, the surviving attacker from the 2007 plot – who did not attempt a suicide bombing – was jailed for life for conspiracy to murder and conspiracy to cause explosions. In 2007 four men were found guilty for the 2005 London underground bomb plot which failed after none of their bombs detonated successfully, resulting in no loss of life. In 2014 they lost their appeal to the EHRC.

Most bomb plots, however, are quashed before they even have the chance to fail in practise. In 2009 three men were found guilty of conspiracy to murder by detonating bombs on airliners (the three along with a fourth man were also found guilty of conspiracy to murder more generally in 2008). In 2013 following Operation Pitsford – one of the largest counter-terrorism operations in UK history – eleven men were jailed, largely for planning suicide bombings. And all the way back in 2002, before the successful 7/7 bombings (the only successful suicide attack on British soil), a man named Moinul Abedin (‘the UK’s first al-Qaeda inspired bomber’) was convicted for ‘an act intended to cause an explosion’. His conviction was under the 1883 Explosives Act, used to charge IRA bombers before the creation of modern terrorism laws. Abedin had stockpiled large amounts of home-made explosives and detonators. He lost his appeal in early 2015.

Furthermore, in 2007, another five men were jailed for life for planning to attack various populated locations with home-made bombs. They were discovered after attempting to buy large amounts of ammonium nitrate fertiliser – which can be used as the charge in an IED – which Mi5 were tipped off about by the staff who had sold it to them.

This last case highlights an important point which applies broadly across the board. Almost all of these bomb attacks have made use of improvised explosive devices (IEDs) – that is, home-made bombs. These home-made bombs typically make use of readily-available industrial chemicals which can be repurposed into explosive charges with the right knowledge. Controlling the flow of bomb-making knowledge is obviously one way of counteracting IED production, but often presents legal or technical challenges which are not easily overcome.

It is also possible to institute mechanisms of control of precursor materials, which AOAV has previously produced a report on. The UK already has some of these mechanisms in place, and it has often been these very measures of control that have allowed the security services to stop plots. But in many cases, these mechanisms are opt-in– the UK’s Secure your fertiliser programme, whilst emphasising that it is a farmer’s responsibility to keep their fertiliser safe, does not necessarily penalise those who do not.

Suicide attacks on British soil have almost exclusively targeted civilians and aimed to achieve indiscriminate harm, which is illegal under international law. AOAV condemns these attacks, and calls upon states to further increase and streamline controls on precursor substances. The UK’s model has had many successes in preventing bombings, but it can still be improved.