Yesterday’s Minsk Agreement seeks to secure a new ceasefire in the eastern Ukraine conflict. The plan focuses on the withdrawal of heavy explosive weapons, which have wreaked devastation in towns and cities across the embattled region.

AOAV’s explosive violence monitor reveals the terrible impact of the use of heavy explosive weapons in populated areas. 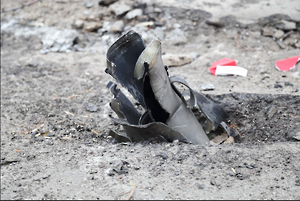 AOAV recorded a total of 464 deaths and injuries from explosive weapon use in Ukraine during January 2015, 77% of whom were civilians. Reporting issues on the ground means that this likely only scratches the surface of what has been an appalling month of explosive violence in eastern Ukraine.

When explosive weapons were used in populated areas, 88% of casualties were civilians. This compared to 29% in other areas.

The notorious Grad rocket has been at the fore of the destruction. In three separate incidents of Grad fire in January AOAV recorded 156 civilian casualties, including 42 deaths.

On 24 January a salvo of unguided Grad rockets thundered into a residential district in the city of Mariupol, on the south-east coast. At least 19 rockets fell across a wide area, covering more than one square kilometre and killing at least 31 people.

Read AOAV’s report on the Mariupol attack: “Will Mariupol be a turning point in Ukraine’s explosive crisis?”

Twelve died and another 17 were injured when a Grad rocket struck a civilian inter-city bus as it stopped in front of an army checkpoint just outside Volnovakha.

Grad, meaning ‘Hail’ in Russian, is the name of a multiple rocket launcher that can fire 40 unguided munitions in less than 20 seconds. Although both the attacks in Mariupol and Volnovakha look to be the work of separatists, both the Ukraine government forces and rebel militias are known to have used them to fire into populated areas, killing civilians and destroying civilian infrastructure.

In response to the carnage and bombardment of recent weeks much of the diplomatic energy in Minsk has focused on ending the use of heavy weapons in civilian areas. The Minsk Agreement explicitly calls for heavy weapons to be withdrawn away from an effective firing distance, naming not only Grad rockets but also other MLRS rocket types, and artillery of 100mm calibre or more. Recent examples in Syria, Libya, and Côte d’Ivoire have all also prioritised ending the use of heavy weapons in the name of civilian protection.

With hospitals and humanitarian infrastructure coming under shell fire, thousands now dead and injured, and almost a million displaced civilians, heavy explosive weapon use in populated areas has been driving a humanitarian crisis in the east of Ukraine. The focus on this group of weapons in Minsk reflects recognition that it is the likes of heavy artillery, rockets, and missiles that have been driving civilian suffering and military antagonism in the Ukraine conflict.

Ukraine was second in AOAV’s list of countries most affected by explosive violence in January 2015. The top five countries are as follows:

When explosive weapons were used in populated areas, 88% of casualties were civilians. This fell to 23% in other areas.

The impact of explosive violence in January

AOAV records the impacts of explosive violence using English-language media reports. It has done so since 2011, revealing a global pattern whereby civilians are consistently and disproportionately affected by the use of explosive weapons in populated areas. AOAV is a founding member of the International Network on Explosive Violence (INEW), and believes that strong standards are needed to end the use of heavy explosive weapons in populated areas.