The details of what we do, and do not know, about the weapons used in the recent terrorist attacks in Paris are still far from determined.

We do know that Amedy Coulibaly and the brothers Said and Chérif Kouachi had between them three assault rifles, Soviet-made pistols and a Skorpion submachine gun. It has also been reported that a Tokarev semi-automatic pistol was used by Amedy Coulibaly in his attack on a kosher supermarket. The same weapon was used to shoot and injure a jogger two days earlier on January 7th.

Many media outlets have said that the Kouachi brothers used the AKS-74 Kalashnikov, a weapon produced only by Bulgaria and Romania since 1989. Recent seizures of illicit AKS-74s, both fully functioning and parts thereof, have been reported in Georgia, Kyrgyzstan, Turkey, India and Ukraine. 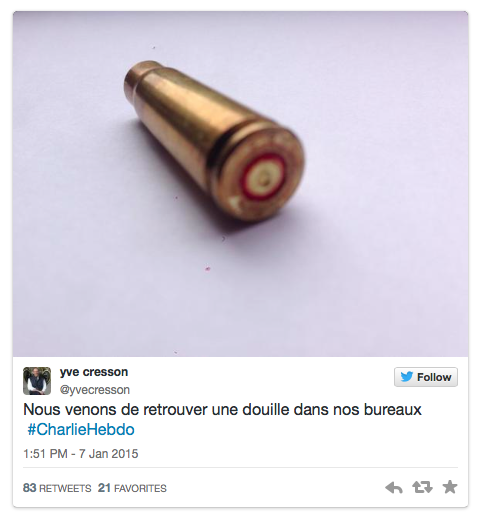 However, the Telegraph claims that the bullets found at the Charlie Hebdo office were 7.62 x 39 mm and purchased in Bosnia-Herzegovina. The Telegraph quotes Zivko Marjanac, Bosnia’s deputy defence minister, as confirming the fact that ‘the ammunition used by the terrorists was manufactured in 1986 by Igman Company, a state-owned factory in the town of Konjic south of Sarajevo.’ Mr Marjanac was reported to emphasise the fact that ‘the bullets were manufactured 30 years ago’, and so it would be impossible to explain how they reached France.

The provenance of the bullets might be accurate. However the claimed caliber of the bullets is a curious one, as AKS-74s take the 5.45mm round, not the 7.62mm.

In which case, it might be suspected, as initially claimed by some reports, that the weapons used in the Charlie Hebron attack were actually AK103s – a rifle manufactured in Russia by Izhmash.

The AK103 is not a common weapon. It is used by forces in Pakistan, India and Venezuela – but reportedly mainly by their special forces units. Hugo Chavez was photographed posing with one in 2006.

The AK103 has also been seen across North Africa, notably in Libya and Yemen, possibly coming there via post-Soviet trafficking routes. The AK103 has even been sold openly online on Yemeni Facebook Arms markets. 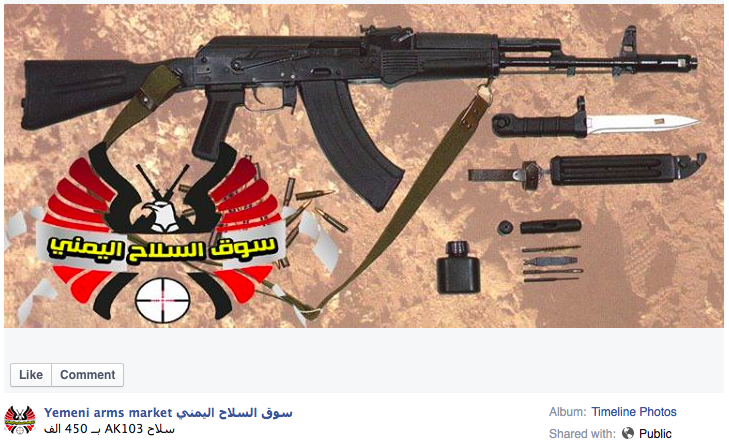 This Yemeni observation might be insignificant, but Cedric Le Bechec, a witness who encountered the escaping gunmen, quoted Said and Chérif Kouachi as saying: ‘You can tell the media that it’s al-Qaeda in Yemen.’
What is interesting is that the AK103 is not a commonly found assault rifle, even less so in the illegal market. Few media reports cite incidents where it has been seized in illicit transfers.

As for the weapons origins, it has been reported that a Belgian arms dealer sold the Kouachi brothers and Amedy Coulibaly their arms – but what precise weapons he sold has not been confirmed.

This could mean that he did, indeed, sell the terrorists AK103s. Or, far worse, that he sold them other AK rifles and that there is still a cache of arms somewhere in France, waiting to be used.