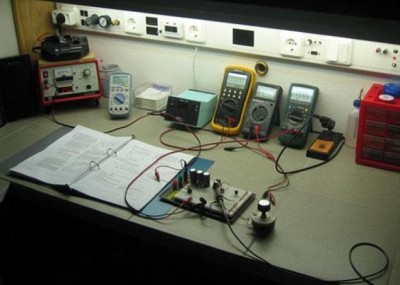 A photo purporting to be inside an ISIS bomb making factory – (source: The Daily Mail).

In 1996, in the wake of the Oklahoma City bombings, a horrified and alarmed US congress passed the Antiterrorism and Effective Death Penalty Act into law.

Among various other powers hinted at in the title, the bill mandated an investigation into the ease of acquiring the required technical know-how to manufacture a bomb and the constitutionality of legal mechanisms to prevent the spread of that know-how. Although the term was not yet part of popular vocabulary, the threat which the act was intended to counter was that of domestic IED production and usage.

The investigators were shocked to find many books on practical bomb-making were freely available for any citizen to read, even at the Library of Congress.

These books weren’t hard to get hold of then and they’re certainly not hard to get hold of now. A few days ago, ISIS released a how-to guide on launching successful lone-wolf attacks in the west, available in English. The story was picked up worldwide (and as such AOAV does not believe this article adds to furthering ISIS’s goals at disseminating knowledge to cause harm). 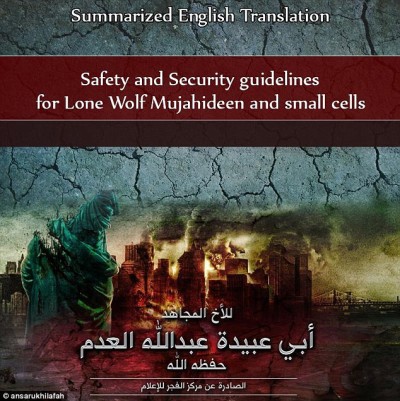 ISIS’s manual – a handbook of terror

The ISIS PDF will join a long list of existing readily-available materials on how to carry out attacks. These include a previous 2015 bomb-making manual; al-Qaeda’s infamous Inspire magazine (in particular its awkwardly translated Make a Bomb in the Kitchen of your Mom edition); and the well-known Anarchist Cookbook. All of these have, in some way, been credited with setting off a rising trend of so-called DIY terrorism.

In the days before the internet made reasonably anonymous access to almost any information possible, it may have seemed feasible to prevent the spread of knowledge by simply restricting access to paper books. Now, of course, the issue is much more complicated. In April last year, a UK man was jailed for possession of a bomb-making manual which he had downloaded from the internet (even though he was found innocent of any actual terrorist intention). This wasn’t the first time, either – in 2007 Abdul Patel was given 8 months youth detention for possession of a bomb-making manual.

Putting aside for a moment the serious civil rights issues raised by the legality of arrest simply for possession of a PDF, it’s clear that such efforts are probably doomed to failure. The knowledge is out there, and it’s no longer possible to reel it in or practical to prevent its proliferation. Provided the materials are available, the ugly truth is this: people, with the will, can work out how to build IEDs.

The dizzying range of double-use materials which can be repurposed as explosives means that the complete restriction of access to them is also impractical.

Despite this, AOAV believes that there are many steps that can be taken by both State and international organisations to reduce the likelihood of would-be bombers being able to manufacture an IED. AOAV has produced a report on the possibilities of tracking and securing the most common IED precursor materials.

Many IEDs also make use of poorly-monitored military or industrial explosives or detonators, making stockpile security paramount in countering the IED threat.

AOAV calls on all States to improve their processes for the control of IED precursor materials of all kinds; the know-how may already be out there, but without ready access to fertiliser even the most knowledgeable bomb-maker will find it difficult to make a fertiliser bomb.

We also call on States to work together more extensively to combat illicit international trade networks, to provide greater support to victims of IED usage and to invest in more to understand the drivers and circumstances by which individuals may be turned into would-be bombers.