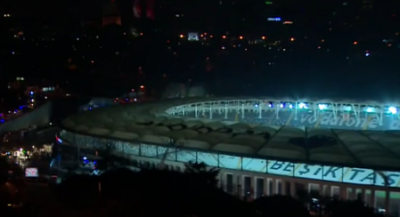 On Saturday, December 10th 2016, at about 10.30pm, two bombs were detonated outside a football stadium in Istanbul’s Beşiktaş neighbourhood. The bombs, a car bomb filled with 300kg of explosives and a suicide bomber, killed 38 and injured 160.

Of those killed, 31 were police officers. It has been reported that the attack is thought to have been targeting riot police.

The bombings occurred two hours after fans left the stadium after the match.

14 of those injured in the attack are said to be in intensive care.

The Kurdistan Freedom Falcons (TAK), a PKK offshoot, claimed the attack in a statement on the groups website.

Turkey has seen a significant increase in IED attacks in the last two years. Turkey was one of the countries worst impacted by suicide bombings in 2015 and remains so this year.

In 2016, AOAV has recorded 74 IED attacks (between January and November), which have led to deaths and injuries of 2,204. Of the dead and injured, 70% have been civilians.

11 of the IED attacks were suicide attacks, but these account for a disproportionate 39% of deaths and injuries caused by IEDs.

TAK, PKK and ISIS have all been responsible for suicide attacks killing and injuring civilians in Turkey this year.

AOAV call on the Turkish state and other governments in the region to work together to put in place measures for the control of precursor materials to degrade organisations’ ability to manufacture suicide vests and IEDs of the kind used in this attack.