In 2015, 21 countries were witness to suicide bomb attacks – the most countries ever impacted by this form of violence.

This finding by Action on Armed Violence (AOAV) comes from their Global Explosive Violence Monitor. This monitor charts media reports of explosive harm suffered by civilians around the world.

AOAV’s data on suicide bombings for 2015 shows that:

Iain Overton, Director of Investigations at Action on Armed Violence (AOAV), said of the findings: ‘It is a terrible truth that despite 2015 seeing some great successes in the battle to stamp out the impact of explosive weapons on civilians, such as clearing Mozambique of land-mines, it also witnessed an unprecedented number of countries blighted by suicide bombers.’

‘The rise of ISIS and other terror organisations poses one of the greatest current threats to global peace and security. Nations need to act swiftly and imaginatively to address this rising tide of violence. Victims’ needs have to be addressed. Supply networks need to be countered. And States need to stand together and condemn the use of explosive weapons in populated areas at all times. To do nothing at a time like this would be a travesty.’ 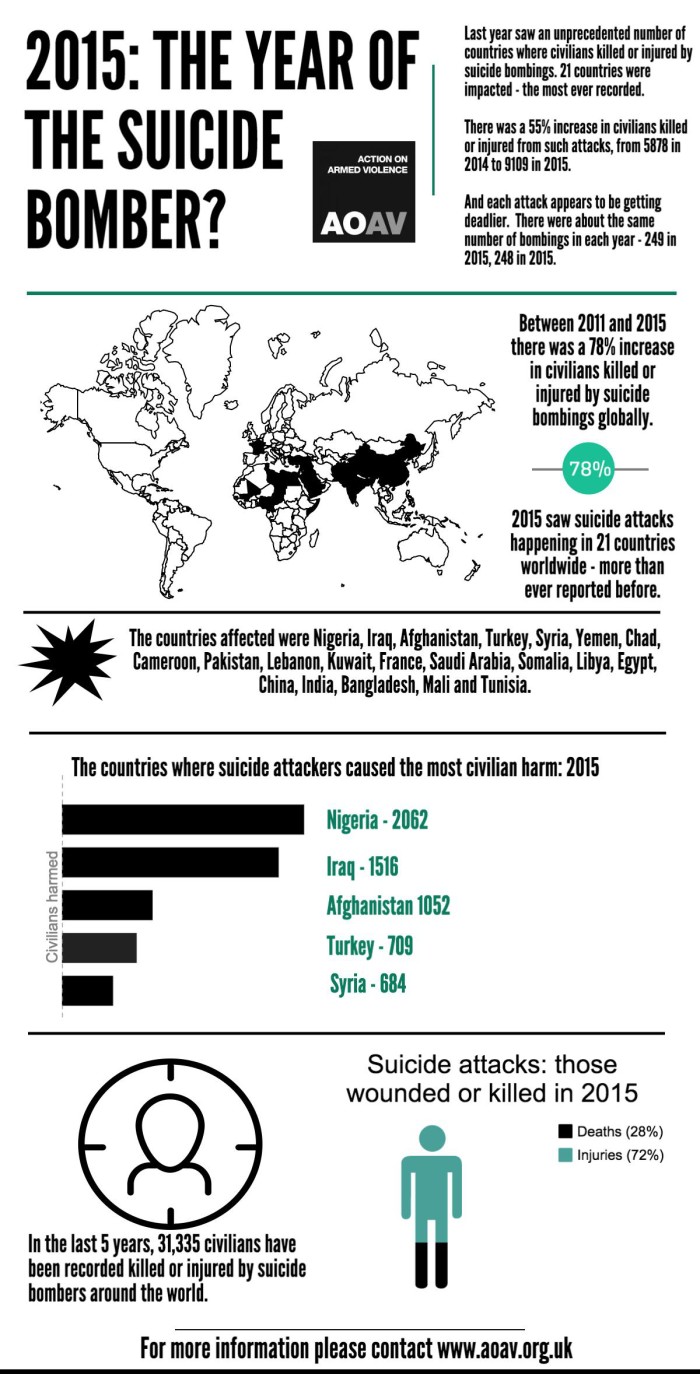