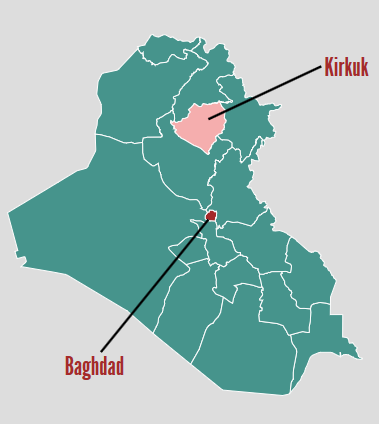 On Friday, October 24th 2016, an airstrike on a Shiite mosque in Daquq, a town in the Kirkuk governate of Iraq, killed at least 13 and injured 45 civilians, according to Human Rights Watch.

As the strike landed on the women’s part of the mosque, most the dead and injured are women and children. Some reports put the death toll at 15 women.

As more state and non-state forces operate in both Iraq and Syria, the civilian impact increases, as they continue to bear the brunt from the violence.

In 2015, 89% of the civilians killed or injured from explosive weapons were attacked in violence that took place in populated areas, such as markets, commercial areas, residential areas, or places of worship.

Despite this, at least 486 civilians have been killed and injured in airstrikes in Iraq so far this year (January-September 2016). Of these, at least 439 have been caused by members of the US-led coalition operating in Iraq.

AOAV has consistently found that when explosive weapons are used in populated areas over 90% of those killed and injured are civilians.

AOAV calls upon states to recognise the civilian impact of explosive weapons with wide-area impacts, which all too often result in the death and injury of scores of civilians. The International Network on Explosive Weapons (INEW), of which Action on Armed Violence (AOAV) is a member, recently released a briefing paper, ‘A Declaration to Prevent Harm From the Use of Explosive Weapons in Populated Areas‘, which sets out the key elements that should be included in a political instrument to address the humanitarian problem posed by the use of explosive weapons in populated areas.