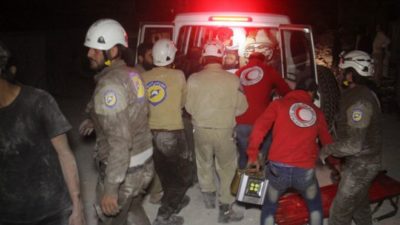 Airstrikes were carried out yesterday evening, May 30th 2016, across Idlib, north-west Syria. The Syrian Observatory for Human Rights has said that at least 23 were killed and dozens were injured.

Other sources, such as the Turkish government, give higher totals – some believe up to 60 have been killed and around 200 injured in the violence.

There is also not clarity as to who perpetrated the attack. Most sources, including the Observatory and other witnesses in Syria, have identified Russian jets as the culprit, a charge that Russian officials deny.

Igor Konashenkov, a Russian Defence Ministry spokesman, said in a statement: “Russian planes did not carry out any combat missions, to say nothing of any air strikes, in the province of Idlib.”

What is for certain is that the airstrikes were carried out by the Syrian government or their supporter, Russia.

Idlib is held by a coalition of rebel groups, which include al Qaeda and is not covered by the truce.

At least 10 strikes are thought to have been carried out during the attack, with many hitting residential areas and one destroying much of a hospital in the area.

It was only the beginning of May 2016 when airstrikes struck a refugee camp in Idlib, killing 28 and injuring over 80.