The Arms Trade Treaty (ATT) is a piece of international legislation which aims to regulate the international trade in conventional weapons. It was adopted by the United Nations on 2nd April 2013 and obliges State Parties to ensure appropriate and effective controls on all trade of conventional arms. Increased accountability and transparency in the activities of State Parties as well as better control and monitoring of arms transfers will increase international security and stability and contribute to a reduction in the harm caused by illicit weapons. To date, 130 states have signed the ATT and 80 have ratified it. 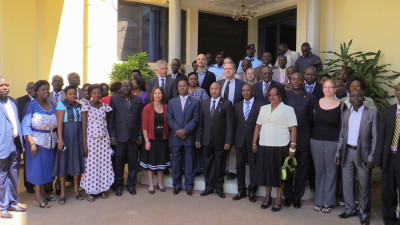 In 2015, AOAV worked closely with partners in Burundi and in the Democratic Republic of the Congo (DRC) to address illicit trafficking of small arms and light weapons (SALW) and advocate for ratification/accession of the ATT. Part of this project involved bringing together decision-makers and stakeholders in each country to discuss the necessity of ATT ratification and to consider how this important legislation would be implemented.

On 12th-13th November 2015, in partnership with the Commission Nationale Permanente de Lutte contre la Prolifération des Armes Légères et de Petit Calibre (CNAP), AOAV organised an advocacy workshop in Bujumbura. Burundi has made a number of commitments to tackling the harm caused by SALW and conventional weapons, and is a State party or signatory to the United Nations Firearms Protocol, the Nairobi Protocol and the Kinshasa Convention, but is yet to ratify the ATT. 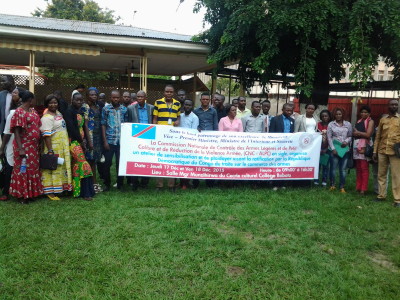 The workshops brought together parliamentarians, government ministers and representatives, members of civil society and the media to discuss the objectives of the ATT as well as its practical implementation. Topics covered included the reasons behind the adoption of the ATT and current state of weapons proliferation; the obligations of State Parties; the current status of ATT implementation at the international level; other relevant national and international legislation such as the Kinshasa Convention; accession and ratification processes; practical issues of implementation; reporting obligations and practices; and funding opportunities for implementation.

To support advocacy efforts AOAV worked with civil society partners in both countries to raise awareness and encourage public support for the ATT. The Centre d’Encadrement et de Developpement des Anciens Combattants (CEDAC), AOAV’s partner in Burundi, broadcast radio messages, distributed t-shirts and lobbied MPs to drum up support for ratification. In what was a very troubling year for Burundi and with competing priorities for the government, CEDAC and AOAV reminded ministers about this important piece of legislation. AOAV’s partner in the DRC, Femme des Medias Pour la Justice au Congo (FMJC), also broadcast a number of radio spots and placed banners on the highways to raise awareness and educate the public about the ATT, as well as distributed advocacy kits to parliamentarians and other stakeholders.

AOAV hopes the commitment demonstrated by Burundi and the DRC and the forward momentum started by these workshops and activities will pay off in 2016 with the ratification/accession of the ATT by both countries. AOAV will continue to work with partners and offer support where necessary.