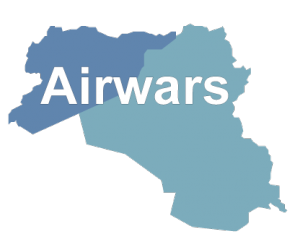 The BBC reports the challenges made by the UK-based monitor, Airwars, on the UK’s claim that no civilians have died during airstrikes conducted in Syria and Iraq against ISIS.

Airwars, called the claim ‘ridiculous’, and said, that if the claim was true, then it was ‘unprecedented in the history of modern warfare’.

The UK has conducted strikes in Iraq since September 2014 and in Syria since December 2015. The strikes conducted by the UK are said to have killed over 1,500 ISIS fighters in Iraq and almost 200 in Syria, based on post-strike, air-only assessments. It is very unlikely that these have caused no civilian casualties in the process and, as the strikes and assessment are conducted from the air, impossible for the MoD to know.

Another state to have stated that, despite large numbers of airstrikes, they have killed no civilians, is Russia, who have also been criticised for this position.

Despite any hope of avoiding civilian casualties, such air campaigns inevitably lead to them.

AOAV records casualties (i.e. people killed and injured) from explosive violence around the world as reported in English-language news sources. The data recorded in such conflict-ridden areas often cannot capture the full scale of civilian suffering but is indicative of the patterns of harm that exist when using explosive weapons.

In Iraq, AOAV has recorded at least 829 civilian deaths and injuries by coalition airstrikes between September 2014 and August 2016. In Syria, at least 270 civilian deaths and injuries between January and August 2016 were recorded. In such conflicts, casualty reporting is often impacted, not only due to the lack of journalist access but also reporting fatigued from such continued violence – the scale of the civilian harm from such airstrikes is likely to be far greater.

Airwars director, Chris Woods, raised concerns about 35 incidents in the first six months of this year where there had been reports of civilian deaths and an RAF aircraft nearby.

The MoD should ensure such incidents are thoroughly investigated and implement further measures to avoid such harm. Woods criticised the MoD for allowing their ignorance of the situation on the ground to perpetuate the idea that war can be bloodless, and calls on the government to provide more transparency on the RAF’s civilian impact in Iraq and Syria.

In other reports, this statement was further reiterated, in one Amnesty International called for a thorough, public investigation into the impact of UK airstrikes on civilians.