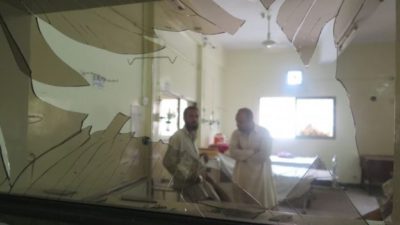 Yesterday, August 8th 2016, a suicide bomber in Pakistan claimed the lives of at least 70, and left 120 wounded. The attack occurred at the entrance to a government-run hospital in Quetta, the capital of Baluchistan province.

Many of those killed and wounded in the blast were lawyers and journalists accompanying the body of Bilal Anwar Kasi, a prominent lawyer who was shot on his way to court only a short while before.

The suicide bomber was said to have detonated his explosives as Mr Kasi’s body was brought in to the hospital.

Jamaat-ul-Ahrar, a faction of the Pakistani Taliban, came forward as the perpetrators of both the bombing and the shooting.

Pakistan continues to struggle with a long-term insurgency against the Pakistani Taliban and their various splinter groups. In the first half of 2016, AOAV’s Explosive Weapons Monitor has recorded 44 IED incidents throughout Pakistan which have killed or injured 691 civilians. Five of these incidents were suicide bombings, but responsible for a disproportionate 496 of the civilian deaths and injuries.

Although recent events suggest a potential worrisome return to earlier tactics, the number of civilian deaths and injuries from both IEDs and suicide bombings had been falling consistently since its peak in 2013.