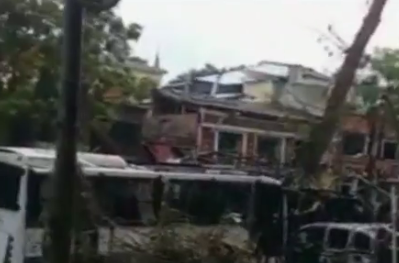 On Tuesday, June 7th 2016, a car bomb was remotely detonated as it targeted a police vehicle in Istanbul, Turkey. The blast killed 11 people, seven policemen and four civilians, and injured a further 36.

The attack took place in Istanbul’s tourist district near the Vezneciler metro station and close to tourist attractions such as the Grand Bazaar.

Though no group is yet to claim the attack, Turkish President Recep Tayyip Erdogan is said to believe that Kurdish militants are to blame, and four suspects have been arrested.

Both Turkish militants and ISIS have been responsible for similar attacks in Turkey this year.

The attack is the fourth major bombing in Istanbul this year.

AOAV’s Explosive Violence Monitor 2015 found that according to civilian deaths and injuries, Turkey was the seventh most affected state from IED use last year. In 2014, there were no civilian casualties from IEDs in Turkey.

In 2015, there were 856 civilian deaths and injuries from explosive violence, of which 97% were caused by non-state actors and 96% by IEDs.

It is evident that IEDs are extremely lethal and are seeing wider and wider use.

AOAV condemns the use of violence against civilians and calls upon all groups to reject the deliberate targeting of civilians. States must urgently address the threat of suicide bombings and other forms of IED attacks. The use and harm of IEDs is a growing reality that highlights the need for urgent preventative measures that States should establish – such as stockpile controls – to limit groups’ ability to produce these and other IEDs.