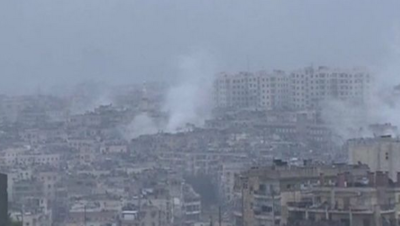 Over three times the numbers of civilians have been killed or injured in Aleppo by explosive violence this year compared to the same period last year, new data shows.

As fierce fighting in Aleppo halts the ceasefire evacuation, and the future of its inhabitants remain in the balance, latest data from Action on Armed Violence (AOAV) brings home the impact of explosive violence there in stark figures.

AOAV, a London based charity that has been running a global explosive violence monitor since 2011, has recorded a rise in civilian deaths and injuries from explosive violence in Syria of 56% between January and November 2016, compared to the same period last year (7,697 to 11,993).

In Aleppo, the numbers of civilians killed or injured by explosive violence increased was even more – over three times that of the year before (247%), rising from 2,094 to 7,266.

The numbers, extracted from monitoring English language media reports, saw civilian deaths and injuries from air-launched explosive violence in Syria rise by 44% this year compared to the same period (January to November) last year (3,965 to 5,716).

Iain Overton, Executive Director of AOAV, said: “the use of explosive weapons wide area effects in Aleppo was bound to cause considerable civilian casualties. Barrel bombs, Russian air strikes and Improvised Explosive Devices have caused untold harm in the city.  Unless dramatic action is done, any further use of these weapons will simply add to the death toll. The use of explosive weapons in populated areas must be stopped and stopped now.”

AOAV’s figures and methodology can be viewed here: