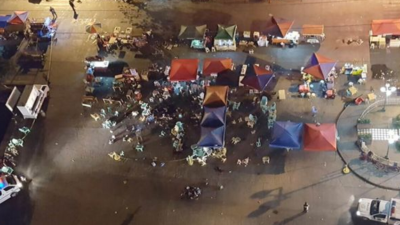 The attack on Friday, September 2nd 2016, saw the detonation of a IED in a crowded night-time market in Davao City, Philippines. The attack killed 14 and injured over 70 in the home city of Philippine President Rodrigo Duterte.

The IED is thought to have been constructed from a mortar round and detonated remotely.

The Philippine government has blamed the armed group, Abu Sayyaf – who also claimed the bombing – for the attack. The perpetrators are yet to be caught.

According to AOAV’s Explosive Violence Monitor, that has recorded explosive violence across the world for the last five years, this attack has seen more deaths and injuries than any other incident of explosive violence recorded in the country in this period.

Of these incidents 23 were IED attacks, responsible for 208 deaths and injuries, of which 69% (144) were civilians.

Over the last five years, the Philippines have been the 14th most impacted by IEDs – last year they were 16th.

AOAV condemns the use of violence against civilians and calls upon all groups to reject the deliberate targeting of civilians. States must urgently address the threat of IED attacks. AOAV continues to research the increasing use and harm of the suicide bomber and highlight the preventative measures that states should establish – such as stockpile controls – to curb IED use.