On the 24th January, 2015, a salvo of Grad rockets landed on a market in the Vostochniy district that lies to the east of the Ukrainian city of Mariupol. 31 people died, including 2 children aged 5 and 15 years. 117 more were wounded, including 7 children. The rockets were fired from the DPR – the dissident Russian backed forces of the east. The volley of rockets fell across the outskirts of the city, hitting over 53 apartment blocks, as well as schools, roads and private home. This particular page details the site of a Grad rocket strike that landed near a market place.

Image from the street of the market stall destroyed by the Grad missile. 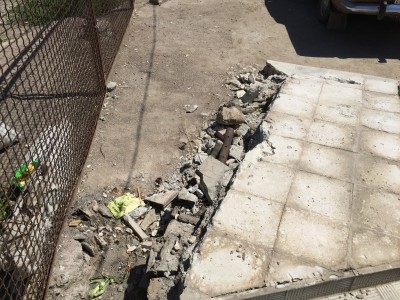 Close up of the impact of the grad missile on the concrete upon which the stall stood. The debris had largely been swept away. 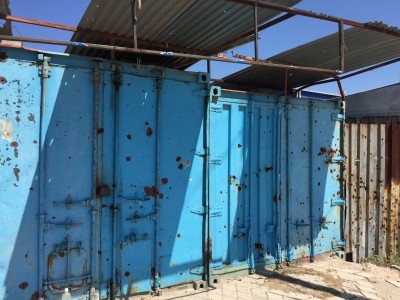 Evidence of the shrapnel that penetrated the containers that lay to the left of the stall. Shrapnel here penetrated over 30 metres from the blast epicentre. 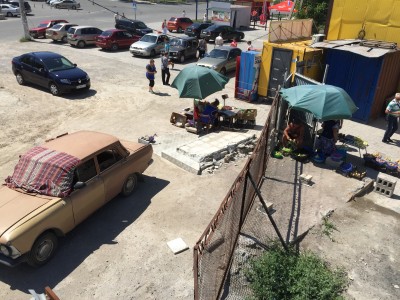 Overview shot of the stall where the bomb struck – the rectangle of concrete is where the stall stood. Another stall holder has since set up shop upon it. 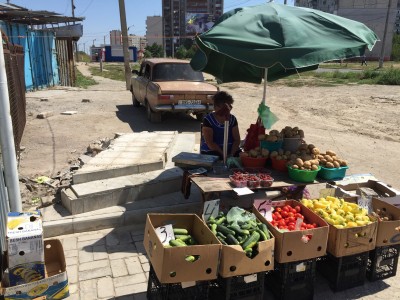 View from the ground of the area where the blast struck. The blue containers, shown above, can be seen behind to the left. 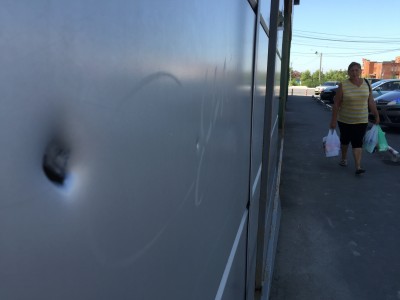 Here is evidence of a penetrating shrapnel mark over 60 metres from the blast’s epicentre – across the road in the wall of a pharmacy shop.

Here is a satellite image of where the Grad missile struck.

The site can be seen on this map: http://tinyurl.com/pxyqsyw