The Iraq Relief and Reconstruction Fund (IRRF) and the Iraq Security Forces Fund (ISFF) were established to provide for self-sufficient and effective forces to maintain security in Iraq following the withdrawal of US troops. The US has provided significant funding to support Iraqi security forces, for purposes of training and infrastructure repair, as well as the provision of arms and ammunition. This report investigates the millions spent on small arms for Iraq during the War on Terror; where the money went, what it was spent on, and why there is very limited consensus on how much was really given to Iraqi forces in small arms and ammunition. 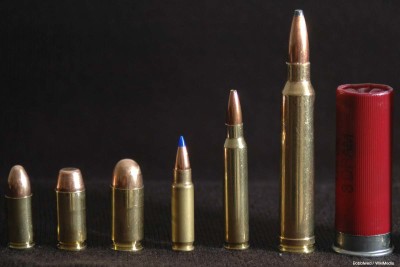 The DoD database, in total, listed a potential $97,330,069 in small arms, attachments and ammunition contracts to Iraq during the War on Terror, including $37,168,117 in small arms alone. Interestingly, it records just one count of ammunition contracts, specifically for 33,400,938 rounds of non-standard ammunition for the Republic of Iraq (recorded 08/06/09). Note, non-standard refers to ammunition other than the 5.56x45mm NATO standard, used in weapons such as the M16 A4 rifle, and the 7.62x51mm standard.

Discrepancies in reports may be concerning; some anomalies relate to administrative errors such as variances in contract numbers and dates of issue; though these oversights are concerning, they highlight more of a lack of efficiency than anything more sinister. More significant issues do arise however. Between June 2004 (when the MN-I transferred security responsibilities to the Iraqis) and December 2005, there was no comprehensive record of the equipment and weapons distributed to Iraqi security forces from the US. As a result, there is no easy way of carrying out simple inventory checks, or even assessing where US equipment has ended up. As a result, in 2007 a shortfall of 190,000 weapons was discovered through comparison of existing records held by the commander of the Multinational Security Transition Command- Iraq (MSTC-I), and these newly introduced property books. 110,000 of these missing weapons were AK-47s and 80,00 were pistols, no small matter in a country looking to transition to peace.

The usual DoD process of registering weapons supplied for foreign assistance did not apply in this case; the train-and-equip programme for Iraq was funded outside the usual congressional routes, meaning the security assistance programs did not come under the usual DoD accountability imperatives. Furthermore, records detailing the Iraqi units to which equipment was distributed, alongside when it was received and in what quantity, have been found to be incomplete or missing altogether.