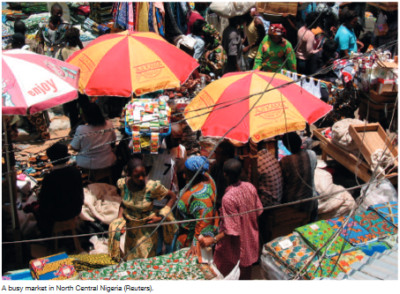 Two suicide bombers detonated their explosives at a crowded market at Madagali, Nigeria, on Friday, December 9th 2016. The blast killed 45 and injured more than 60.

Boko Haram have been blamed for the blast.

On Sunday, December 12th 2016, a further two female suicide bombers detonated their explosives at a market in Maiduguri. As well as the two bombers, the attack killed one and injured 18.

The females used in this attack were reported to be just seven years old.

All explosive violence-caused civilian deaths and injuries this year have been due to IEDs in Nigeria, the weapon of choice for the remaining Boko Haram militants operating in the region, though it has been rare for attacks to be claimed.

Attacks which deliberately target civilians, or are indiscriminate in their nature, are illegal under international humanitarian law. AOAV calls on states to do all in their power to undermine and restrict the availability of IED materials to prevent such future attacks, and urges all users of explosive weapons, including IEDs, to stop the use of such weapons in populated areas.