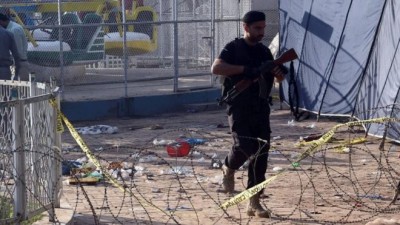 This Easter Sunday, 27 March 2016, saw yet another attack targeting civilians in Pakistan.

The suicide bombing at a public park in Lahore, an eastern Pakistani city, killed at least 70 people and injured about 340 more. The death toll included 29 children who had been enjoying the Easter weekend in the park with their families and friends.

This bombing was the largest attack in Pakistan this year and the deadliest since the Pakistani Taliban stormed a school in Peshawar in December 2014, killing 145 people – of which 132 were children.

The bombing has been claimed by Jamaatul Ahrar, an offshoot of the Pakistani Taliban. Since Jamaatul Ahrar’s emergence the group has perpetrated many attacks on civilians as well as government officials in the area and throughout Pakistan. This has included a suicide attack outside a hotel near the police district in Lahore in February 2015, and two suicide attacks targeting churches of Pakistan’s Christian minority, and another in August 2015 assassinating a Pakistani Provincial Minister in Attock.

The target of this latest attack was said by the group to be the Christian community celebrating Easter. Nonetheless, as is the case with so many IED attacks, the majority of those killed were Muslims.

Pakistan continues to struggle with a long-term insurgency against the Pakistani Taliban and their various splinter groups. In the first three months of 2016, AOAV’s Explosive Weapons Monitor has recorded 40 incidents throughout Pakistan which have killed or injured 631 civilians. Four of these incidents were suicide bombings.

The strike on Easter Sunday reflects a wider trend – AOAV’s Explosive Violence Monitor 2014 found that suicide attacks were the most dangerous form of IED attack worldwide.