April saw the total collapse of March’s shaky Syrian ceasefire in most areas. More than a third of the civilian deaths and injuries recorded by AOAV over the month were in Syria. Within Syria, 87% of the deaths and injuries recorded were reported in Aleppo province. Aleppo city came under particular media scrutiny as the site of accelerating ceasefire violations, particularly from the 22nd onwards when civilian deaths and injuries were reported every single day. In Iraq and Afghanistan numerous IED attacks were recorded in Baghdad and Kabul respectively. In Turkey the southeast saw more attacks on the security services, whilst the town of Kilis near the Syrian border was hit by cross-border shelling from ISIS.

In the Republic of Congo – where little explosive violence is typically recorded – 600 people were reported killed and thousands displaced in government bombing of areas supporting the opposition. These claims are still under investigation. 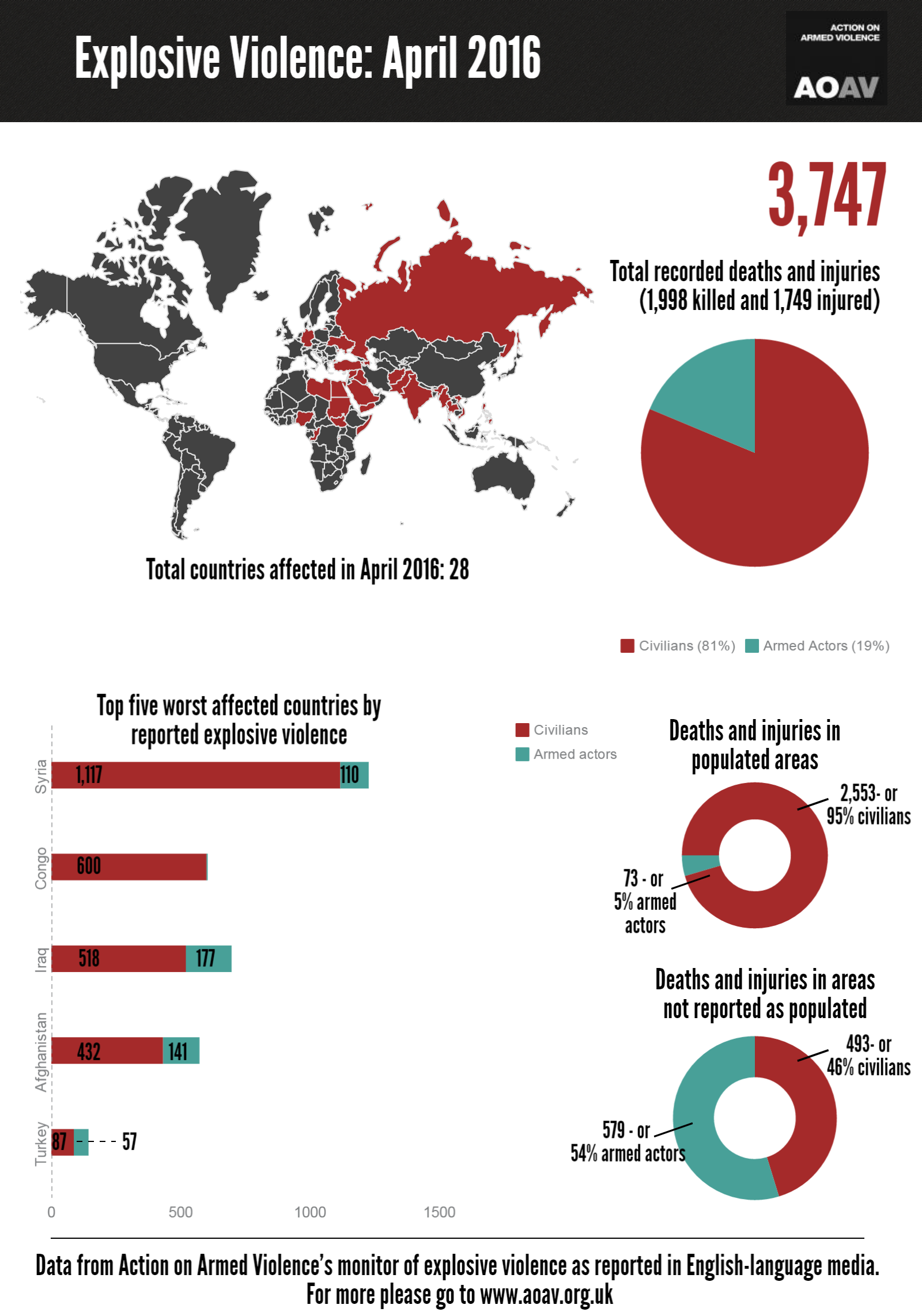