Iraq saw a significant decrease in civilians impacted from explosive violence compared to July, the month that saw the death and injuries of almost 500 in just one event – an ISIS truck bombing.

However, Syria continues to be the most impacted state, with at least 981 civilian deaths and injuries from explosive violence. This is the fifth month in a row that Syria has been the most impacted state across the globe. The last time Syria dropped from this position was in March despite the ceasefire violations. It is hoped that the ceasefire that came into force September 12th 2016 will see explosive violence significantly decrease and allow the civilians impacted to receive the aid they desperately need.

Turkey saw a significant increase in both ISIS and PKK violence last month. A particular deadly incident occurred when the vest of a child “suicide bomber” was detonated on August 20th 2016, at a wedding in Gaziantep. The attack left over 50 dead and at least 90 injured.

Pakistan has seen a series of attacks targeting lawyers. In August, a suicide bomber from Jamaat-ul-Ahrar, a faction of Pakistani Taliban, detonated outside a hospital as the body of a lawyer shot earlier arrived to the building with many lawyers and journalists. The attack killed and injured almost 200.

All 274 civilian deaths and injuries recorded in Yemen were the result of explosive violence by the Saudi-led coalition, as homes, schools, markets, and commercial areas were hit by air strikes. At least 50 of those killed and injured were children. 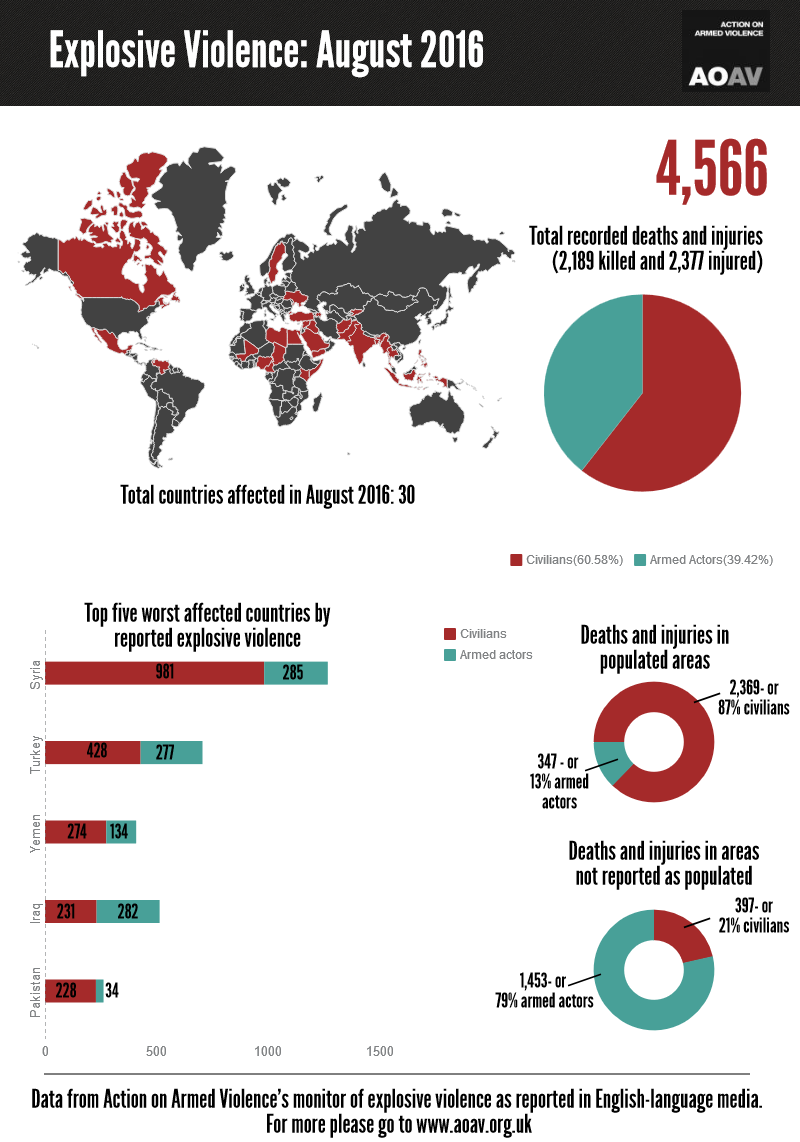