In February 2016 AOAV recorded 3,343 deaths and injuries from explosive violence worldwide, of which 2,443 (63%) were civilians. Incidents were recorded in 26 countries. Somalia in particular saw a marked uptick in violence, with 13 incidents recorded by AOAV.

The worst single incident was the triple suicide bombing of Sayyida Zeinab, Syria, on the 21st of that month. Three ISIS car bombers blew themselves up near a major Shi’i shrine, killing 83 civilians and injuring another 178. This attack on a Shi’i place of worship continues the worrisome uptick in high-profile sectarian suicide bombings in Syria. The town had been hit by a similar suicide attack in late January, and was attacked again two days later, when a bomb went off at a checkpoint killing 6 people. 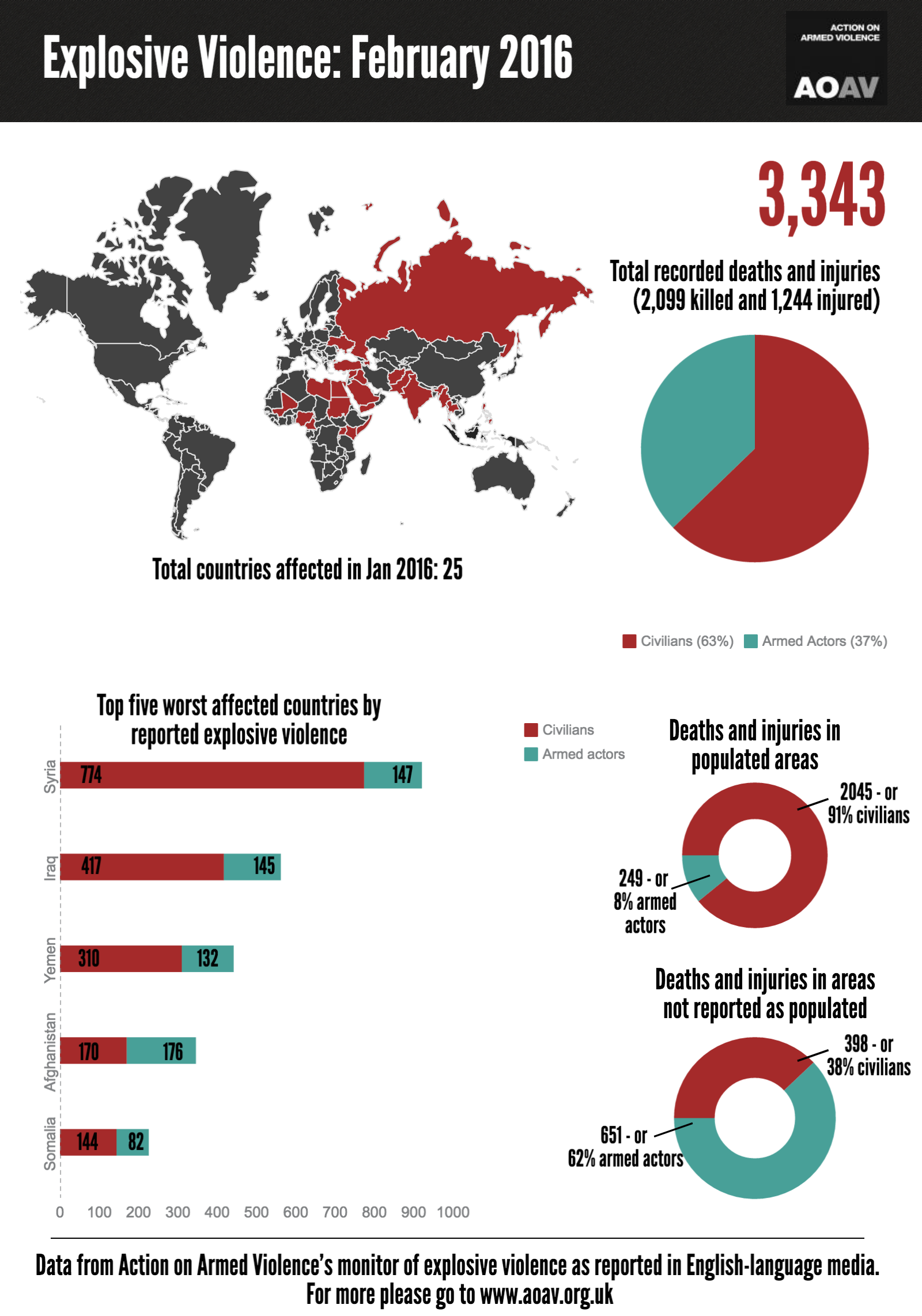