June saw an increase in level of reported harm from the previous month. Further, of the deaths and injuries in populated areas in June, 94% were civilian, compared to 16% in those areas not reported as populated.

Syria remained the worst impacted country for the third month running after the brief respite in March where the decrease in deaths and injuries from explosive violence meant that the country dropped to second, despite the many ceasefire violations. The explosive violence in Syria recently has continued unrelenting.

There was a spike of deaths and injuries from explosive violence in Turkey, primarily due to the suicide bomb attack in Istanbul’s Ataturk airport, which killed and injured over 250 civilians.

The levels of explosive violence in Iraq appear to have significantly dipped since last month possibly due to ISIS’ loss of ground, particularly in Fallujah which was in June declared liberated. However, Iraq remains the third worst impacted for June. 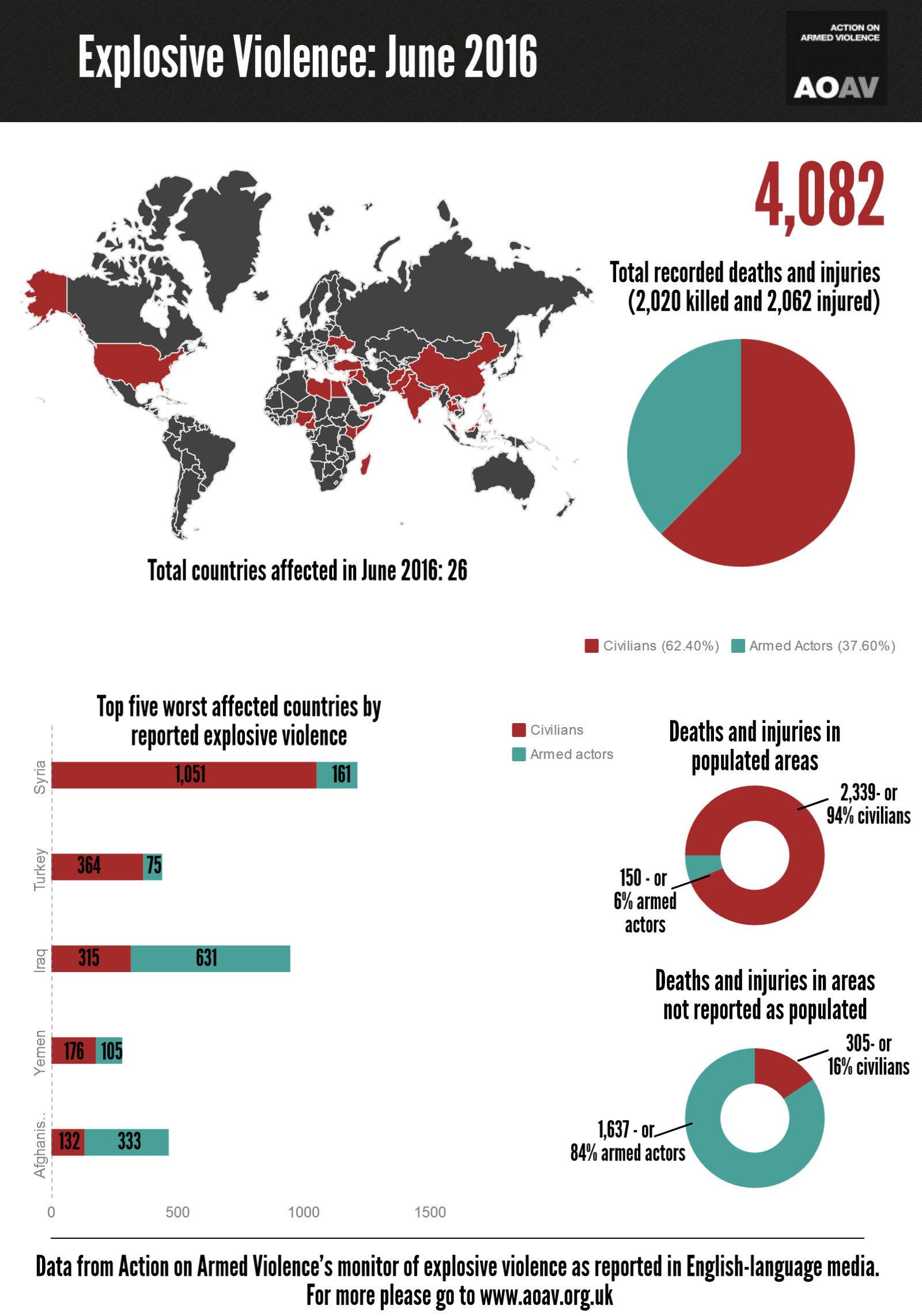