March saw a dip in the level of reported civilian harm, at least in part because of the fragile but largely holding ceasefire in Syria. The truce was nonetheless shaken by a number of violations, and excluded several factions from the get-go. As a result, Syria was still recorded as the second most badly affected country, with hundreds of civilian deaths and injuries reported. Iraq and Turkey continued to be affected by internal instability. Belgium – where no previous incidents had been recorded in 2016 – was the fourth most badly affected, suffering 261 civilian deaths and injuries as a result of the Brussels attacks of 22/03.

Pakistan saw a large spike in deaths and injuries largely due to one particularly devastating suicide bombing, the Easter Sunday attack in Lahore. This incident, which was the worst recorded in March as a whole, saw 72 civilians killed and more than 340 injured. The explosion – later claimed by Jamaatul Ahrar, a Taliban splinter group – hit a park packed with children. Jamaatul Ahrar said they were targeting Christians celebrating the religious holiday. Pakistan also saw numerous other suicide bombings and IED attacks during March as a whole. 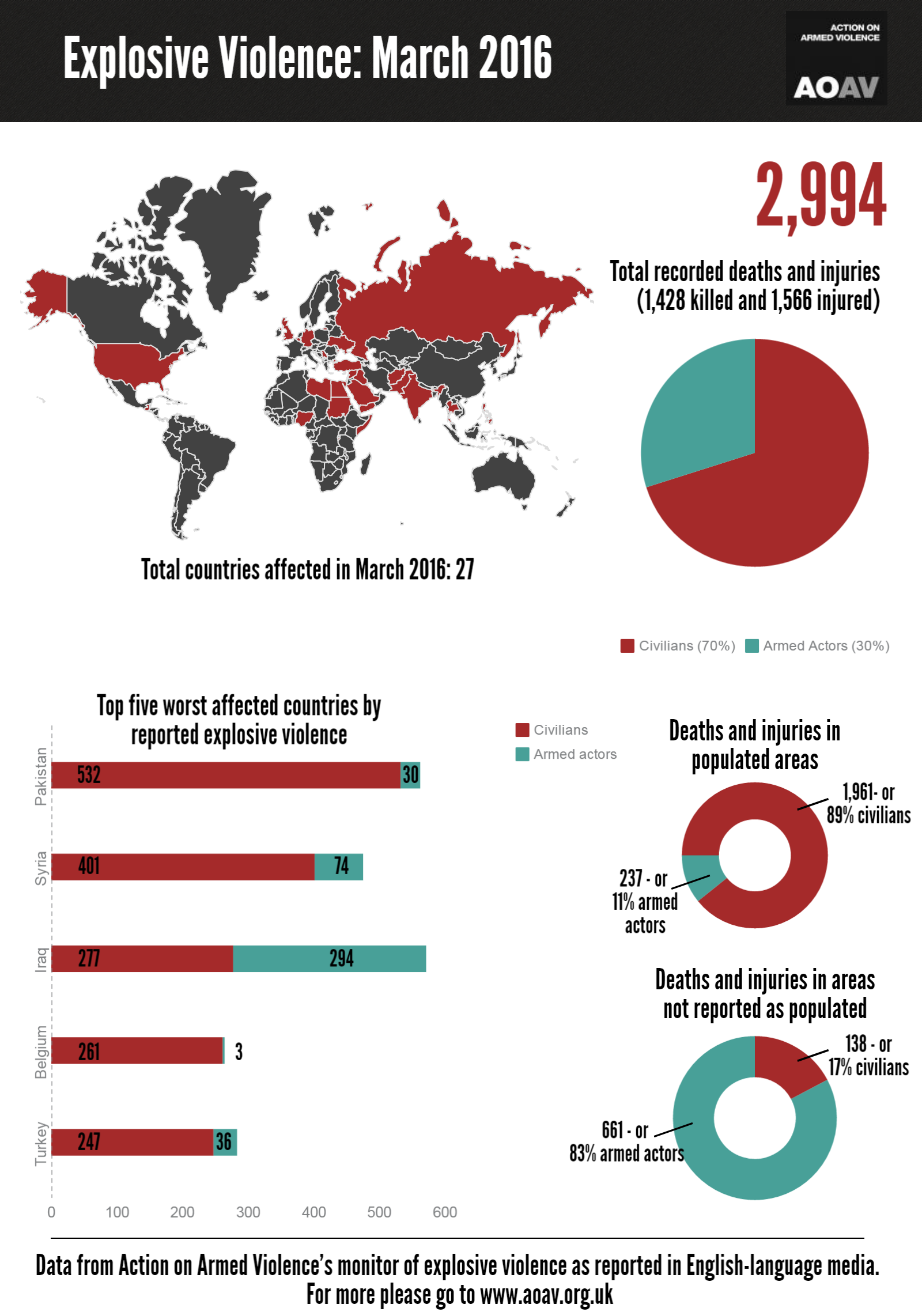