May saw continuing violence in Syria in the aftermath of the abortive April ceasefire, particularly in the governorate and city of Aleppo. Both the opposition and the Russian-backed Syrian government pounded residential neighbourhoods on the other side of the dividing line, with high civilian casualties recorded across the city and its environs. At the same time, Iraq saw a spike in explosive violence as the Iraqi army closed in on Fallujah, one of the last major strongholds of ISIS on the Iraqi side of the border. Turkey continued to experience regular IED incidents largely attributed to the ongoing PKK insurgency.

At the same time, AOAV recorded an unexpected dip in reported explosive violence in other high-risk areas, particularly Afghanistan and Pakistan. This may be linked to the death of the Taliban’s leader, Mullah Mansour, in the late part of the month. 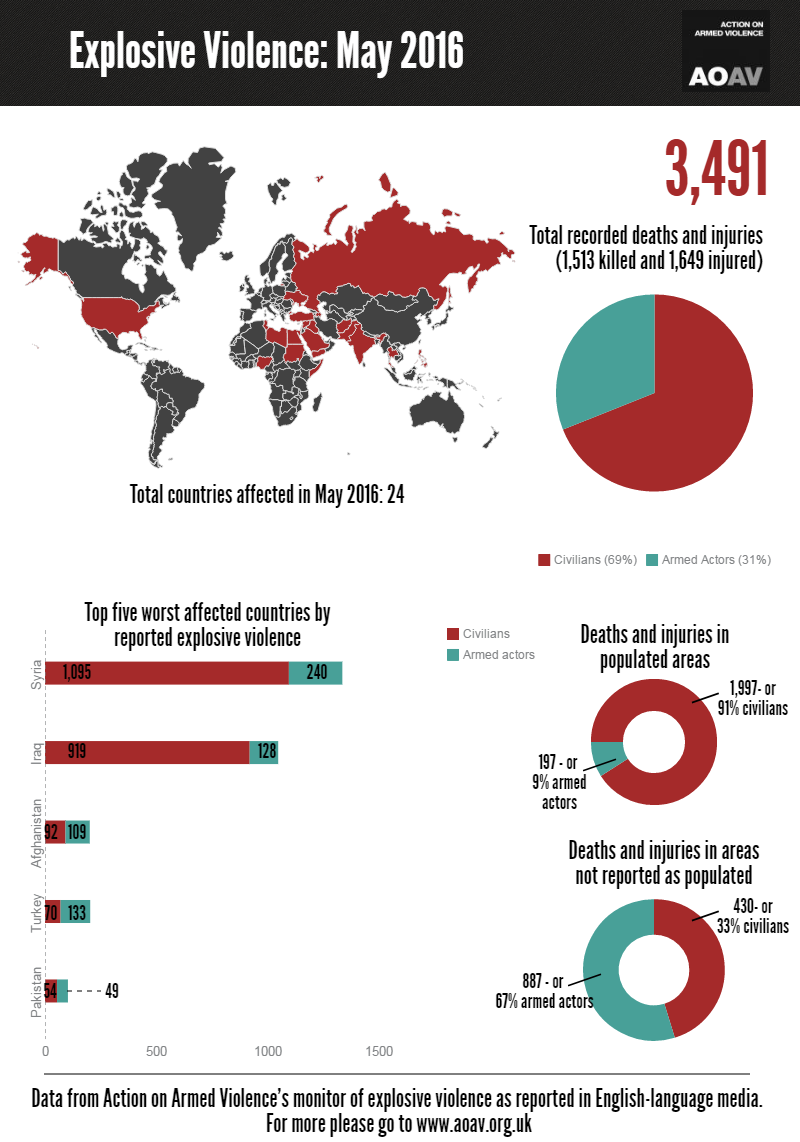