Whilst the civilian deaths and injuries recorded this month remained just slightly higher than the monthly average for this year, the total was lower than average. There was a notable decrease in deaths and injuries caused by explosive violence compared to the previous few months.

Syria probably experienced similar levels of explosive violence last month to previous months but many injuries were not detailed in the reports – 21 incidents in Syria in November reported deaths from explosive violence but failed to provide a number for the amount of civilians injured.

Much of this decrease for November as a whole also stems from a reduction in armed actor deaths and injuries.

The top five most impacted countries this month were: Syria, Iraq, Afghanistan, Pakistan, and Yemen.

In Afghanistan, most civilian casualties were caused by suicide bombers from ISIS and Taliban groups, such as the attack on the crowded Shia mosque in Kabul. Though the US airstrike in Kunduz also caused a high level of civilian casualties.

Though most incidents in Pakistan were perpetrated by India, it was another ISIS attack targeting a gathering of worshippers that saw the most deaths and injuries, when a suicide bomber targeted a shrine in Balochistan. 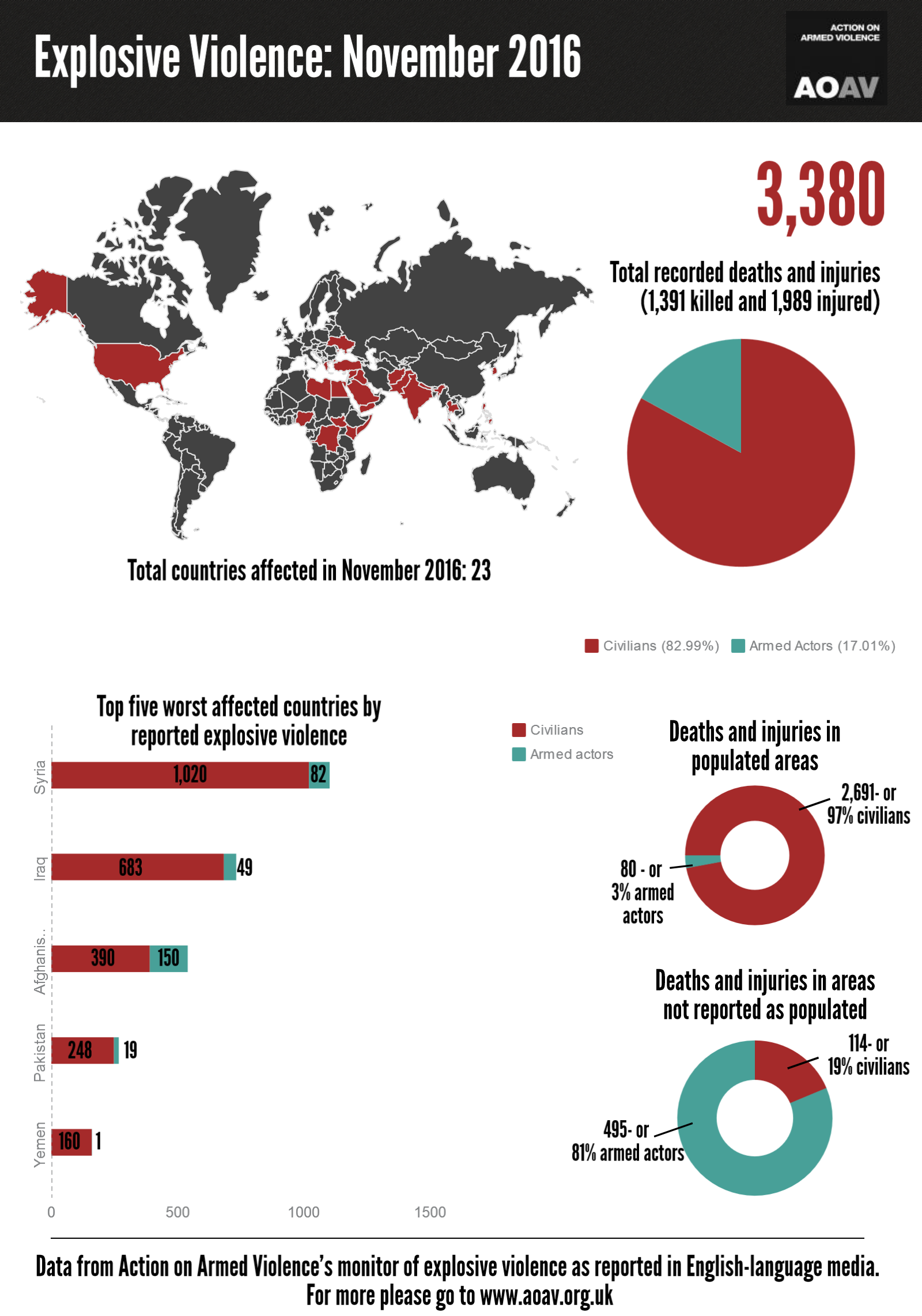