For the fifth month in a row, the total casualties from explosive violence stood at over 4,000.

At least one death or injury from explosive violence was recorded in 26 countries in October.

Unlike Syria, AOAV recorded an increase in civilian deaths and injuries from state-perpetrated explosive violence in Yemen. Although, over 700 civilians were killed and injured in just one incident, when a Saudi-led coalition airstrike hit a community hall where a wake was being held.

The same was true of Iraq. This is likely due to the coalition offensive to retake Mosul, an ISIS stronghold, which remains densely populated by civilians.

Afghanistan remained highly impacted by militant use of IEDs that predominantly targeted military and police personnel, but also impacted civilians.

The rate of death and injury from explosive violence in Pakistan increased in October. This is due to the escalation in violence between Pakistan and India over the disputed Kashmir region. This violence has had a significant civilian impact in both countries around the Kashmir area. Many civilians have been displaced by the violence in the worst impacted areas and often children have been unable to attend school.

If you found this update interesting, then perhaps you would like to read our Explosive Monitor 2015 report. 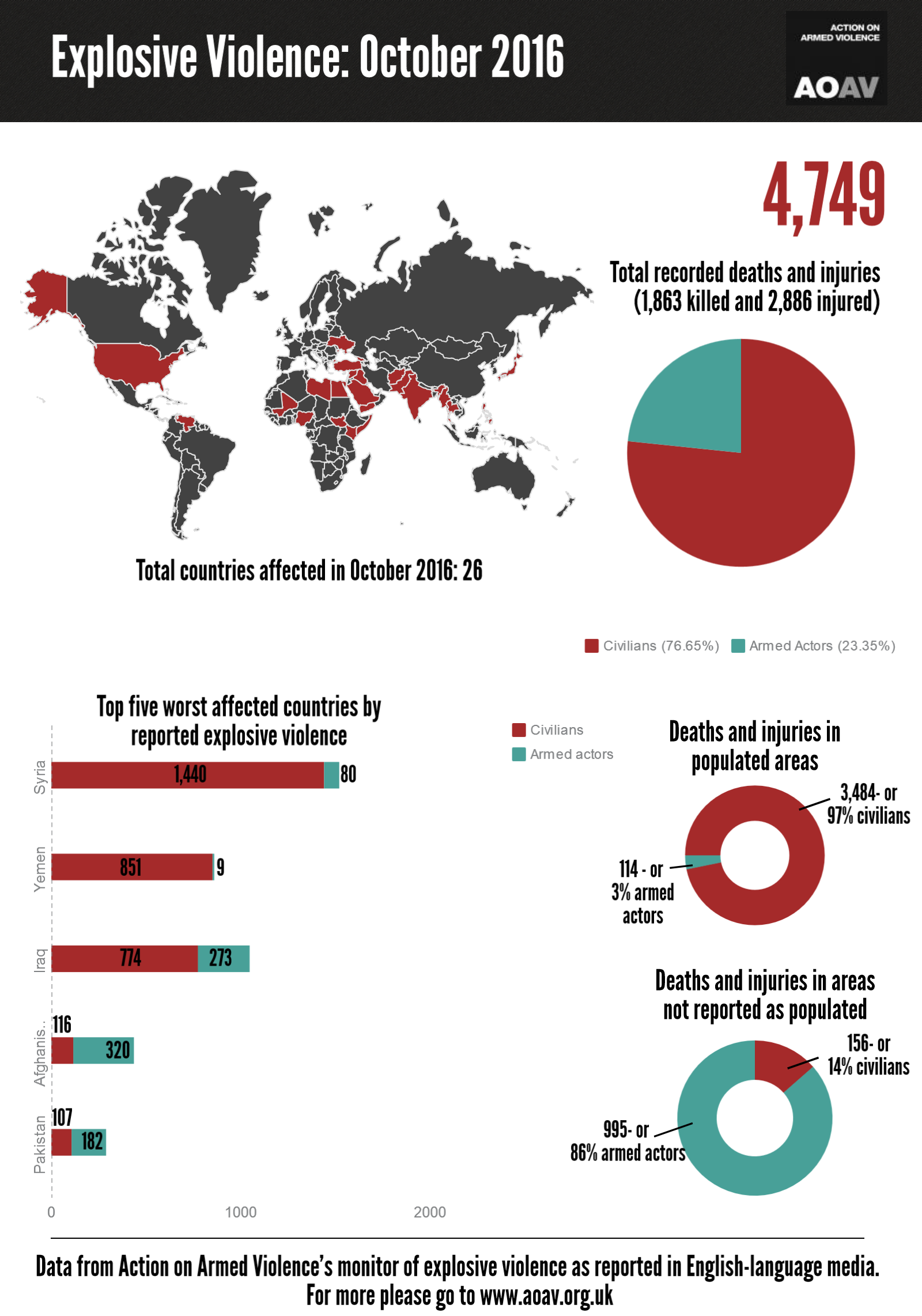