Syria continued to be the state most impacted by explosive violence. This was the sixth month in a row Syria remained so, with at least 1,951 civilian deaths and injuries from explosive violence. Additionally, between August and September, the number of civilian deaths and injuries in Syria per month rose by almost 1,000. It had been hoped that the ceasefire would reduce the civilian impact of explosive violence in Syria, however violations and renewal of violence had the opposite effect. The last time Syria dropped from this position was in March despite the ceasefire violations.

Iraq, Afghanistan and Yemen, remain significantly impacted by explosive violence. The situations in these countries changed very little from the month before. Most violence in Iraq occured in Baghdad, from ISIS IED attacks. Whereas in Yemen, the majority of explosive violence was caused by airstrikes by the Saudi-led coalition. The Philippines suffered one high civilian casualty incident in September that saw 14 killed and 71 injured. 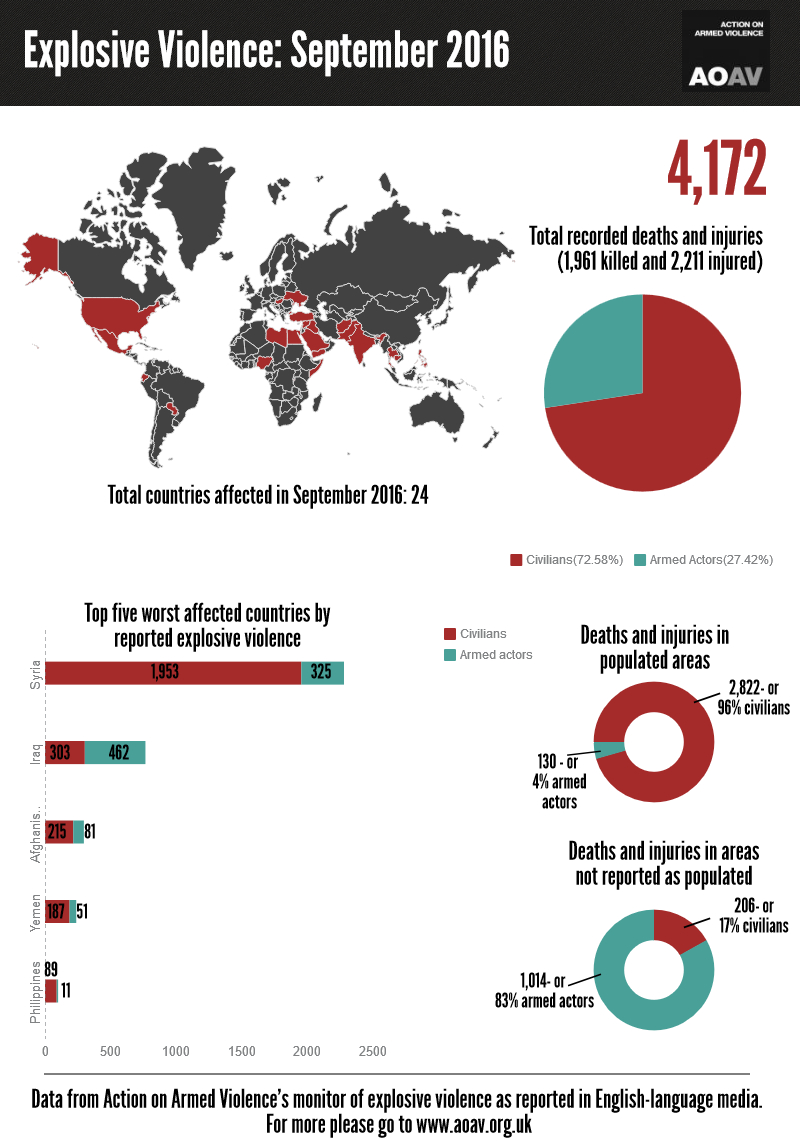