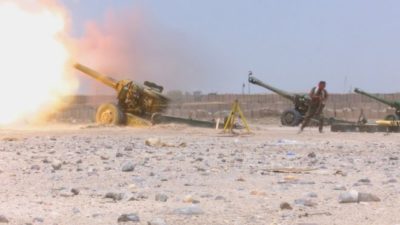 A devastating barrage of shelling that took place on the evening of Friday, June 3rd 2016, is thought to have killed at least 31 civilians and injured a further 27 in Fallujah, Iraq.

The attacks were said to have been carried out by pro-government forces.

Reports also suggest that many trying to flee Fallujah, a stronghold for ISIS, are being shot at if they try to escape the city.  The entire province has been subjected to both state and non-state violence, as government forces continue their efforts to reclaim Fallajah from ISIS.

In 2015, 89% of the civilians killed or injured from explosive weapons were when that violence took place in populated areas, such as markets, residential areas, or places of worship. Of the civilians killed or injured in explosive violence last year where the status of the perpetrators were identified, 76% was perpetrated by non-state actors, whilst the remainder (24%) was perpetrated by state actors.

AOAV strongly condemns the use of violence against civilians and calls upon all groups to reject the deliberate targeting of civilians. The use of weapons with wide-area impacts should also remain of concern; due to the severe impact these have on civilians. All actors must urgently address the civilian harm in Iraq, where civilians have for too long borne the impact of the violence in their country.