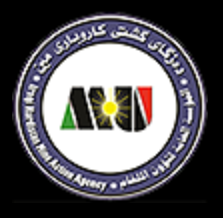 Though the IKMAA are highly skilled in regard to landmines and most other ERW, they had little experience of IEDs until recently. Due to the heavy use of IEDs by ISIS they have had to grow accustom to such devices quickly as part of their work. It has posed a significant hazard to the workers as they attempt to clear such devices before displaced persons may return home. IKMAA requested further training to deal with such devices.

In acknowledgement of this UNMAS provided training to 15 personnel from IKMAA in IED disposal with funds received from Canada. This has provided much needed expertise to IKMAA personnel for the increasing threat that IEDs pose. Robots have also been provided by the Canadian government to aid in the IKMAA’s work.

IKMAA is also a focus of the Danish Deming Group in Iraq, where it also carries out on-going needs assessment related to ERW contamination.

The IKMAA have also been providing education on the IEDs and the danger they pose, particularly when returning to homes in areas recently liberated from ISIS.

It was reported by a researcher at GICHD in February that the IKMAA were going to be introducing eight new IED teams in four camps to address the threat of IEDs from ISIS.