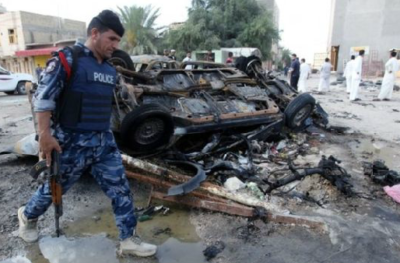 On May 1st 2016, two suicide bombs were detonated in Samawa, southern Iraq – a mainly Shiite area. The blasts are reported to have killed at least 32 and injured 75. The first bomb was detonated near a local government building, whilst the other went off at a nearby bus station.

The predominantly Sunni insurgent group, ISIS, has claimed responsibility for the bombing.

The attack on Sunday took place after a weekend of violent protests in Baghdad’s Green Zone. The protests were said to be inspired by Shiite cleric Muqtada al-Sadr, who called Iraq’s leaders corrupt in a recent speech.

These targets can also be termed “soft targets”, where the casualties are likely to be civilians. When explosive weapons are used in markets, for instance, AOAV’s data shows that the vast majority of victims are civilians – 99%.

It is evident that suicide bombings, particularly, are extremely lethal and are seeing wider and wider use. AOAV’s Explosive Violence Monitor 2015 found that of all IED attacks, the ones that posed the most danger were suicide attacks.