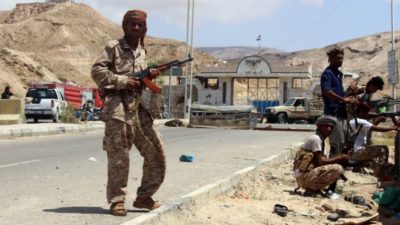 Sunday, May 15th 2016, saw a double suicide bombing in Yemen. The attacks took place in a town along the south coast of the Hadhramaut region. In total, 47 people were killed and at least 51 injured in a town only recently recaptured from al-Qaeda.

The first attack targeted police recruits lining up outside a police centre in Mukalla. The suicide bomber detonated his vest as he joined the line of recruits. The blast killed at least 41 and injured a further 50.

The second bomber is thought to have targeted the security chief of the city, General Mubarak al-Oubthani, as he headed towards another district. The attack killed 6 of his security and left him with injuries.

Both bombings were claimed by ISIS, and came after another attack in Mukalla earlier in the week. An attack last Thursday killed 15 soldiers.

Violence has been prolific throughout Yemen since the civil war began in March 2015. The instability has left the region vulnerable to further violence from insurgent groups such as ISIS and al-Qaeda.

Last year, Yemen was the second worst affected country from explosive violence – 6,286 civilian deaths and injuries were recorded. The only country worse affected was Syria.