This report is part of a series of case studies that make up an analysis of the wide area effects of certain explosive weapons and the concern about their use in populated areas.  The report – Wide-Area Impact – can be read here. An overview of the mortar can be seen here.

Between 2012 and 2015, Action on Armed Violence has catalogued fifteen cases of explosive weapons striking Jordanian soil having been fired from locations close to the Syrian border.  The Jordanian town of Ramtha has been disproportionally impacted by these strikes, with over a dozen people injured and one fatality in this period.

The following gallery is a sequence of pictures of some of the munitions that were photographed at the scene of the strikes.  Some are clearly mortar rounds while others look like home made Grad-like ground launched missiles.  All bear the hallmark of being inaccurate and deadly. 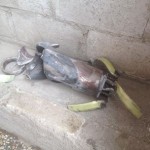 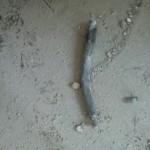 This hit the home of Mohammed Mahmoud Nahar Al-Zaibi on the 5th June, 2015 – case study 2. 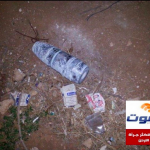 This hit the home of Mohammed Fadeed Yaseen Al Kaza’leh on the 21st October, 2013 – case study 4. 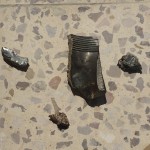 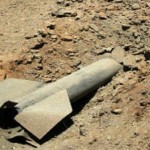 This hit the property of Mohammad Ahmad Al-Sukhnuen on the 13th March, 2014 – case study 8. 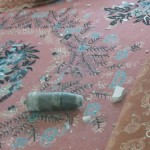 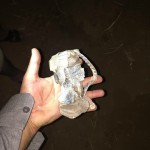 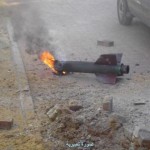 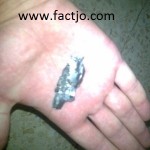 The location of these strikes can be viewed here.