At 1.40 pm on the 28th July, 2015, a mortar from the southwest hit the home of Hassa Zaid Hassan Drabseh. It pierced the first floor window, sending shrapnel to spread through the home. While there was not major damage to the home, the mother who was present at the time, cooking in the kitchen, was the most affected. Fatima Qasim ‘Bani Melhem’ said that ‘I’ve been finding it hard to sleep since it happened. I fear another mortar will hit our home whenever my head hits my pillow. My grandchildren and even my children are afraid so close has death come to us. The border is just a few kilometres away so it feels we are living in a war. It’s not just us, it’s everyone.’

The home is about 2.3 kilometres from the Syrian border. 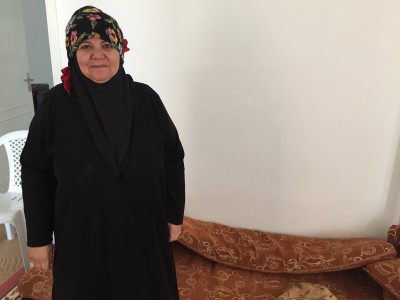 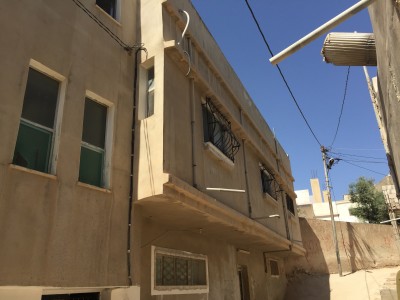 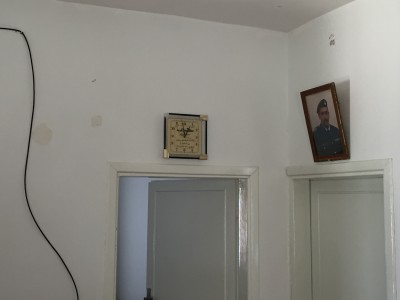 The shell penetrated the wall above the kitchen doorway – now plastered over. 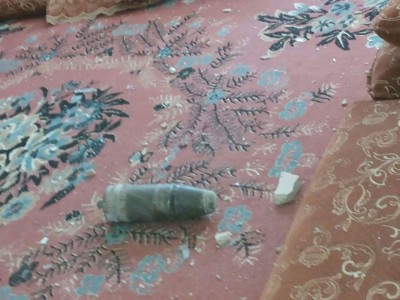 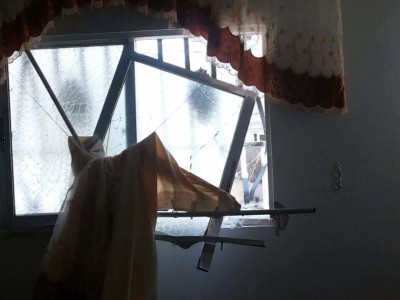