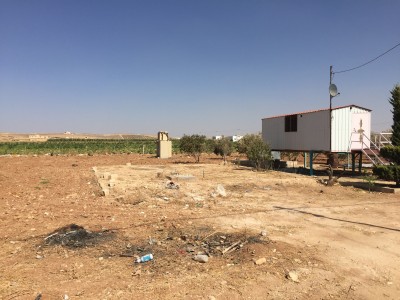 A mortar struck the field of Ahmad Mohammad Nahar Khaz’ali in July 2015.

It left a deep hole in his field, which lies about one kilometre from the Syrian border. Luckily it did not harm anyone or any other infrastructure, though in the surrounding fields there were migrants from Syria living in flimsy houses.

Ahmad pointed out a number of other fields in the area that he claimed had also seen a large number of mortar attacks.  The lack of fatalities and injuries in these explosions testifies to the repeated fact that Action on Armed Violence has highlighted in its reports – that when explosive weapons are used in lesser populated areas the risk to civilian lives is less.  Despite this truth, though, this mortar strikes also clearly illustrates just how inaccurate mortar strikes have been in the area.

Ahmad said that ‘when the clashes first happened across the border there were mortars landing every day. The army came and so no one here saw them up close, but we heard them. Two months ago we evacuated our house (for a period of time) because it was so dangerous. When the Syrian army drops their barrel bombs, the whole ground here shakes.’

This case study forms part of AOAV’s report on investigating the wide area impact of explosive weapons.  This particular case study focuses on the the impact of mortars across the border from Syria to the town of Ramtha in northwest Jordan. 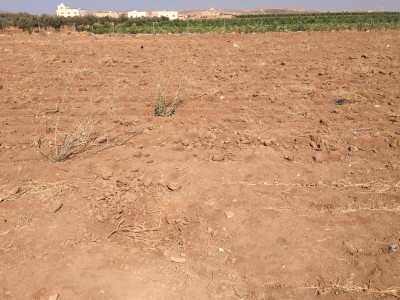 The mortar created a deep shell hole in the toiled ground. In the distance you can see a small hillock – this is the border.