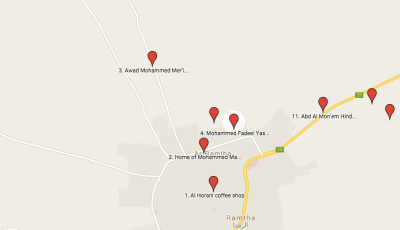 At 8.25pm on the 21st October, 2013 a mortar hit the home of Mohammed Fadeed Yaseen Al Kaza’leh on Mos’ab bin Omair Street in the North of Ramtha. The explosive round hit the roof of the building and struck a gas canister, luckily not causing an explosion. Instead the round pierced the roof and entered the living room, causing extensive damage in the adjacent kitchen. While nobody was hurt in the blast, Mohammed Fadeed says that it has affected his family, particularly his granddaughter who found it hard to sleep after the incident. The structural damage was not significant and there was no major costs incurred in terms of repair.

The house is about 3.3km from the Syrian border. 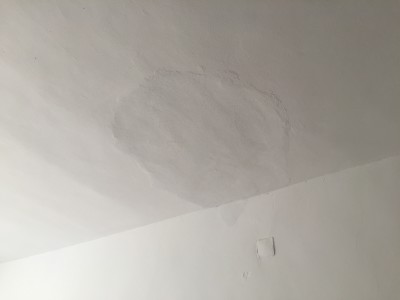 Damage done to the ceiling by the mortar round – since repaired. 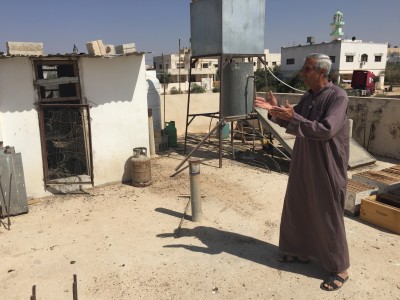