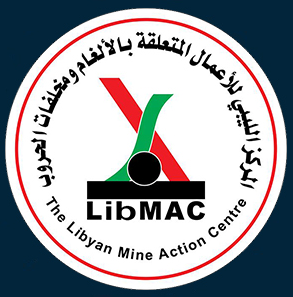 The Libyan Mine Action Centre (LibMAC) was established in May 2011. The workers aim was to clear mines and the ERW in liberated areas. LibMAC was made up of dedicated volunteers, who worked to reduce risk, negotiate disputes, and encourage peace.

Some of these volunteers are said to have done more to remove mines and explosive hazards than anyone else.

LibMAC is also able to manage all Mine Action activities in Libya, and also manage a Technical Agreement with outside governments to secure Ammunition Storage Areas (ASAs) around the country.

Since its inception LibMAC has been actively supporting all Libyan mining efforts, including the significant achievements of the Libyan army. LibMAC has also been assisting with the Ammunition Storage Areas programme and helping the international Mine Action NGOs working in Libya whenever possible.

Though organised predominantly through volunteers, these are largely made up of former soldiers and former revolutionaries, as is the LibMAC governing body.