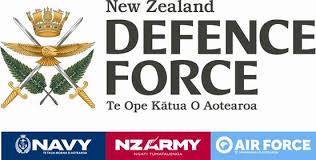 Since April 1999, the NZDF has been responsible for all types of explosives disposals in New Zealand, in collaboration with New Zealand’s Police.

They have undergone thorough training in detecting and disarming IEDs as well as post-blast investigations and identifying the network.

The NZDF will often be called by the public or police to provide EOD teams to neutralise the threat posed by suspected objects with the specialised equipment the EOD teams are trained to use. This equipment may include the ANDROS Mark VA1 (a remote disposal vehicle) and the Echidna (a remote handling device).

The NZDF have used these skills in order to prevent the explosion of UXO and other ERW that have been found in New Zealand, as well as from the threat of IEDs in the nation.

As part of its C-IED work the NZDF also aid in disposing of unused or unwanted commercial explosives, which have the ability to be used in IEDs if they are not disposed of.

They are also trained to use their skills once deployed in overseas operations if needed. In recent years, EOD Operators have deployed to Afghanistan, Solomon Islands, Papua New Guinea, Samoa and Iraq.

During these operation EOD Operators may also be responsible for training and mentoring foreign military and government security personnel.